Can I Have a Do-Over? 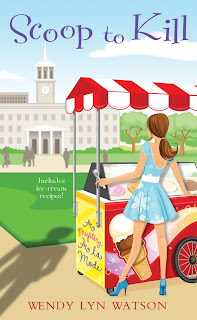 by Tally Jones
from Wendy Lyn Watson's "Scoop to Kill"
Y'all might have read a thing or two about the adventures I've had over the past couple of years: the highs and lows of my ice cream parlor, the Remember the A-la-mode; the feast and famine cycle of my love life; and the bumper crop of dead bodies here in Dalliance, Texa. But before I became an ice cream entrepreneur, a lovelorn single lady, or a murder suspect, I was married to Wayne Jones. It was almost exactly two years ago that our marriage went ka-blewy. Seventeen years of marriage, gone in a snap.
Maybe Wayne was faithful during the first couple of years after we said "I do." Maybe. But if so, he made up for lost time by hooking up with a dizzying array of women. I'll give him this: he had eclectic tastes. Old, young, fat, thin, classy, skanky . . . if a person had two X chromosomes, Wayne was interested. Everyone in town knew about his tomcatting, too. Everyone but me.
I've spent plenty of time over the past couple of years playing the "what if" game. If I could go back in time, would I still marry Wayne? Were those seventeen years nothing but a waste? 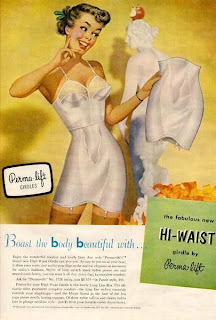 Last month, Bree convinced me to wear this hellacious body shaper thingie she found at the department store. I near passed out getting into it, hated every minute of wearing it, and couldn't wait to take it off. But it did the job: it made me look like a million bucks in my New Years party dress.
I've come to think of Wayne "the Pain" Jones like that body shaper: can't say that I loved being married to him, couldn't wait to sign the divorce papers ... but I like what all that suffering did for me.
When you get down to brass tacks, I wouldn't be the same person I am today without those years with Wayne. Now I'm happily involved with a wonderful man, and if I hadn't stayed with Wayne as long as I did, if I hadn't become single at just the right time, I might have missed him ... and that would be a crying shame.
I haven't told Wayne that I liken him to an uncomfortable undergarment. I think I'll keep that between us. But I've definitely decided that, in the end, I would marry Wayne the Pain all over again.
What about you? If you could go back in time, is there something you would undo in your past? Some choice you'd un-choose?

Wendy Lyn Watson is the author of the Mysteries a la Mode ("I Scream, You Scream," "Scoop to Kill," and the forthcoming "A Parfait Murder") Be sure to visit her website or find her on Facebook.
Up tomorrow ... one of Jenn McKinlay's amazing characters!
Submitted by Publius