Me and My Phone 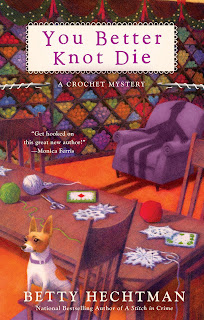 Anybody who knows me, knows that my BlackBerry and I aren’t exactly friends. Everybody else in the world is walking down the street looking at their smart phone, while mine is hidden in its case in my purse. I know it can do all kinds of things, but when I walk down the street, I don’t care about checking my emails or going online or finding out if there’s a traffic jam. Call me old fashioned, but to me it’s just a phone with benefits.

Whenever it rings, I jump and then struggle to fish it out. It has something to do with the ring. I call it the ring because that’s the term for what your phone does when someone is calling. In my case, ring is really the wrong word. Really the wrong word. My BlackBerry was a gift from Mason Fields. You might have heard of him. He’s on TV and in the public eye a lot. He’s the lawyer all the celebs turn to when they get in trouble. I don’t know if you’ve noticed, but celebs in trouble has become just about an every day occurrence. Mason is the one who gets the credit for keeping Rome Sheraton out of the slammer - multiple times.

He’s gotten me out of trouble, too. Mason is a good friend. I swear, that’s all he is, even if we did go on a few “dates” when Barry and I were broken up.

But back to my BlackBerry. When it had a traditional ring, I never seemed to be able to pick out my baby’s cry from all the other phones around me. Mason solved the problem by recording a unique ring. There I did it again and called it a ring. Once I describe it to you, you’ll understand totally why it’s not a ring.

When somebody calls me now, a high pitched frantic voice starts calling from inside my purse “Help, get me out of her. Please, get me out of here. I’m important. Puleeze!” and then it keeps repeating. Here’s the problem. Though I obviously hear it now and know it’s my phone, everybody else hears it, too and I get all flumoxed trying to answer it while people give me odd looks. And almost every time, just as I get it out of my purse, it stops crying because it has gone to voice mail.

You should have seen the looks I got at the Museum of Contemporary Art. The way that voice echoed off all those walls, you’d have sworn I had a megaphone. And worse, in my panic to answer, the phone went flying, crying all the way. A woman in a going to the art museum outfit of a purple velvet skirt that flared in weird places, topped with an asymmetric jacket in the same material, snagged my phone and handed it to me like it was a dead fish.

Am I the only one who feels like a dunce with their smart phone?
Submitted by Betty Hechtman