Buttercream Bump Off by Jenn McKinlay 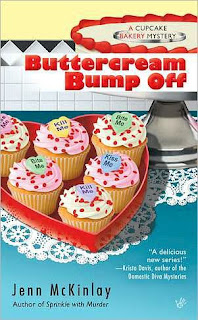 Melanie Cooper and Angie DeLaura's Fairy Tale Cupcakes bakery is gearing up for Valentine's Day. Unfortunately someone has iced Baxter Malloy on his first date with Mel's mother. Now Mom's a suspect, and Mel and Angie need to find time around frosting to dig into the man's shady past and discover who served him his just desserts. 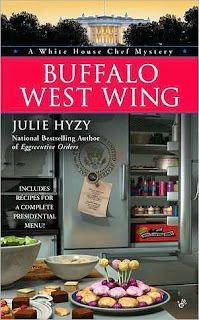 With a new First Family, White House executive chef Olivia Paras can't afford to make any mistakes. But when a box of take-out chicken mysteriously shows up for the First Kids, she soon finds herself in a "no-wing" situation. After Olivia refuses to serve the chicken, the First Lady gives her the cold shoulder. But when it turns out to be poisoned poultry, Olivia realizes the kids are true targets. 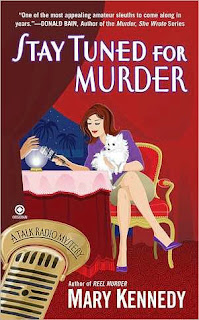 Maggie's radio show has been getting a boost in ratings ever since Madame Chantal, who claims to talk to dead people, started her regular guest appearance. But when two women are killed after a séance, it's up to Maggie to catch the culprit before she winds up on the other side...