I Want To See The Ghost! 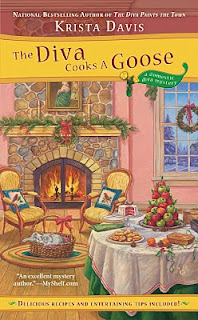 Posted by Jen Bauer
for Krista Davis,
author of the Domestic Diva Mysteries

You can't imagine what a fuss this blog is causing at my house. My parents and both sets of grandparents cannot believe that Krista has asked me to blog. They're saying "but she's just a kid." I'm almost a teenager. I'll be thirteen on Halloween, which is still months away, but I already feel like a teenager. Mom told me not to say anything that would embarrass the family. I think she doesn't want me to mention that my grandfather came to Christmas at our house with a girlfriend, even though he wasn't divorced from my grandmother. My mom nearly had a cow.

Did you hear that my grandfather's girlfriend gave me a doll for Christmas? What was she thinking? It's some kind of antique doll that my mom says looks like a saloon madame. It's really ugly, but I don't want to hurt Gampi's feelings by ditching it, so it's in a box in my closet.

What I really wanted for Christmas was a cat. My mom kept telling me that we didn't have time for pets. But then there was a murder, and the killer attacked Natasha, and two gorgeous Ragdoll kittens got lost outside in the cold. And guess who they belong to now? I named them Jasper and Alice. You can read all about why my mom changed her mind in The Diva Cooks A Goose. That was a Christmas we'll remember!

This summer I'm going to camp with my best friend, Vegas. She lives with my Uncle Mars. I guess he's not my uncle anymore now that he's not married to my Aunt Sophie. But I still like him. He'll always be Uncle Mars to me.

And guess what! My parents have a chance to go to Rome in the fall. The only problem is 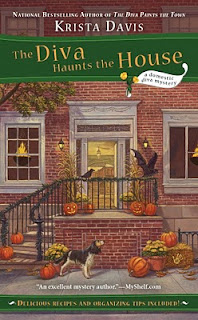 that it's over my birthday. My mom doesn't want to leave me, but Aunt Sophie said I could stay with her. Some people say there's a ghost in her house! My mom is totally against my staying with Aunt Sophie because she keeps finding murdered people, but I hope they work it out because a Halloween birthday party in a house with a ghost would be awesome!

Help me convince my mom? Her name is Laci.
Submitted by Krista