Have you ever heard of familiars? You’d think that I would have brushed up on all my witchcraft terminology when I found out I was a witch and then moved to the Enchanted Village in Salem, Massachusetts, where there’s a witch on every corner.

But I’d never heard of a familiar, didn’t know what they were, and had never seen one until one was quite literally underfoot. If you’re as clueless as I was, here’s the definition from dictionary.com (don’t you love that website?)

Familiar: an animal, as a cat, that embodies a supernatural spirit and aids a witch in performing magic. 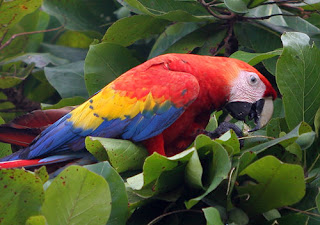 Since I’ve been in the village, I’ve come across two familiars, Pepe (a mouse who works at Bewitching Boutique) and Archie (a Macaw who works for the Craft’s secret Elder). I know there are more, maybe even one under my own roof. Could it be Missy, our dog? Tilda, our cat? Is there a mouse in our house, too?

I’ve begun questioning every critter I come across—and I’m not alone. I found my sister Harper quizzing a lady bug the other day. I guess time will reveal who’s who and what’s what around here.

Until then, I’m hoping Pepe and Archie might help me solve the murder that recently occurred in the village—and help me to brush up on all things witchcraft. Can’t hurt to ask them, right?
Submitted by Heather Webber