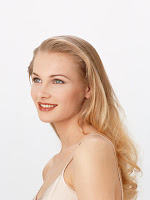 The first time I met Savannah Martin, she was sitting in an interview room in police headquarters in downtown Nashville, looking like she was about to pass out. One of those perfect Southern Belles with her perfect hair, her perfect make-up, and her perfect clothes. I figured she had a perfect family in a perfect home somewhere, with a perfect boyfriend in the wings.
Except the hair was a little mussed, and the make-up had run. Even the clothes looked a little worse for wear. She was pale, shaky, her complexion almost green. I had to get her a Coke from the machine down the hall to settle her stomach. Little Miss Priss.
She became a little more interesting once I realized she knew the victim and disliked her. But it wasn’t until we started talking about the guy she was with that things started getting good.
She said they hadn’t worked together before that morning. But she called him by his first name, and she seemed to know more about him than she ought, if they’d truly never met before. And he’s a slippery one, all right. Had a juvie record as long as my arm before he was even of age, and then he was convicted of assault and battery at eighteen. In the ten years since he got out of prison, he’s been hauled in for interviews by the TBI at least twice a year. But somehow, they’re never able to pin anything on him.
Where would a nice girl like that meet a guy like him?
So I asked, and it turned out they’d gone to high school together, in some little town down south. . She swore up and down she’d never said more than three words to him back then. Not like I’d doubt it, is it? Her perfect family would probably wall her up in a tower somewhere if she even looked sideways at a guy like that.

I thought I’d be arresting him for murder. That his time of skating by while other people got arrested all around him was finally over. He had the motive, he had the opportunity, and I could tell he was hiding something. I was looking forward to slapping the handcuffs on him and slamming the cell door behind his back.
Except he wasn’t guilty. Not of that crime, anyway. I had to let him go. Much against my better judgment, I might add. But I did it, because I figured I’d see him again. Sooner or later he’d slip up, and I’d be able to nail him for something.
And now it turns out I can. I got him dead to rights. I know he’s involved in those open house robberies. I knew he spoke to Lila Vaughn the week before she died, and that she propositioned him. His description matches the witness report. I can’t prove he was at her apartment the night she was killed, but he can’t prove he was anywhere else. I have everything I need to ask for an arrest warrant right now.
Yet I don’t. And why?
Because of . She’s convinced he isn’t guilty. So convinced she has started investigating my case to prove it to me.
And the worst thing? I’m starting to listen to her. This sweet Southern Belle I thought wouldn’t have a thought in her head beyond clothes and catching a husband, is making me rethink the way I handle my case and the ex-con I know is in it up to his neck. Three months ago, I would have hauled him into interview and kept him there until he confessed, because I’d be convinced he was guilty.
Now...
Let’s just say he’s still walking around a free man. Not sure for how long, but I’m giving him enough rope to hang himself. Or not, as the case may be.
I just hope he knows how lucky he is. And that he has enough sense not to do anything to tarnish that shiny trust she has in him. Because if he does, he’ll be answering to me. And he won’t like what I do to him.
Never saw that one coming the first time I met them both.
# # #
Tamara Grimaldi features in the Cutthroat Business mysteries by Jenna Bennett AKA Jennie Bentley. Book 1, A Cutthroat Business, and book 2, Hot Property, are currently available in digital format through Amazon, Barnes and Noble, and Smashwords, with book 3, Contract Pending, coming in July.
Submitted by Jenna