So you want to know about Miranda ...

We're shaking things up a little bit here at Killer Characters.  Today we welcome a guest blogger, Gladys, from the Miranda Corbi Mysteries!  Look for a post by a character from Miranda James's Cat in the Stacks Mysteries on September 17th!   And now -- a post

by Gladys, from Kelli Stanley's Miranda Corbie mysteries
Hiya. My name is Gladys, and somebody told me you wanted to know a little more about my friend Miranda Corbie. Actually, it was Alan, that Pinkerton fellow who works next door to her on the fourth floor ... a real nice guy. He’s married—of course. 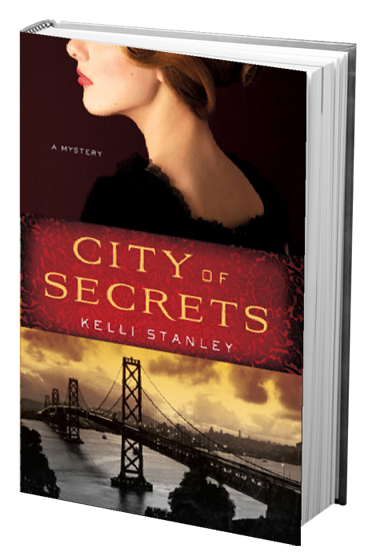 Without his say so I wouldn’t talk at all, you know, because Miri’s a real friend. But he said you checked out OK and were on the level. So here goes.
So I work at the convenience counter in the on

Market Street
. You know where that is, right?  Across from Lotta’s Fountain and next to the and all? Those newspaper boys sure do give me a hard time ... always yakkin’ about blondes, and the last time I went out with (he covers the boxing and wrestling beat) I felt like I’d gone twelve rounds with Joe Louis by the end of the night!
Anyway, where was I? Oh yeah, Miri. Well, speaking of reporters, she’s got a dreamboat of a friend named Rick Sanders, but he works for the News. Tall, brown hair, blue eyes, a real swell guy. ‘Course, there’s the other one—the Inspector—and between you and me, I think she kinda goes for him, though you know Miri, she would never admit it. And this one ... Gonzales, I think his name is ... well, he’s a real movie star type. Looks kinda like that Latin Lover, what’s his name ... Caesar something. Caesar Romero, that’s it.  He’s the real tall, dark and handsome type ... I could just sit and stare at him all day long.
But not Miri! She’s always got some man chasin’ her, on account of how she looks like a movie star herself. Auburn hair, lots of curls, big brown eyes and a gorgeous figure. If you ask me, she looks like that actress, the one who just made a splash in Strawberry Blonde. You know? Rita Hayworth. On the square! Miranda is a real beautiful girl, but I’m tellin’ you straight, she’s all business.
Why? Well frankly, it’s none of your concern. Mine neither, I suppose, and I don’t know the whole story. But I do know she lost somebody she loved a few years ago, and Miri went through some real rough spots. Used to work for Charlie Burnett. Back then she was the bait for divorce cases. I used to see her dressed up so fine, and she’d stop over and buy a pack of and her eyes were just ... I don’t know, so sad and empty.
Then Burnett got hired on at the World’s Fair ...you been yet? Make sure you see the Aquacade when you go! Anyway, he got bumped off and she solved the murder, and got her own license and went to work for Sally Rand ... and she took over Burnett’s office and the whole shebang and now she gets her picture in the paper sometimes.
‘Course, I worry about her. She looks better in the eyes than she used to, but sometimes she takes on work that don’t pay. Pro bono, she calls it. Like that Eddie Takahashi murder. She almost got killed herself! Dealing with hatchet men and droppers from LA. It was in the papers a little ... not the whole story of course, though those Examiner fellas are always tryin’ to get me to talk.
Anyway, that’s my friend Miri. She smokes like a fiend, though she’s been trying to cut back lately. She’s been buyin’ Lifesavers and chewing on them instead. She always stands up for me with the boobs and the chislers—and since I work with the public, I get ‘em, brother, believe you me—but Miri packs a gun and she knows how to use her fists, and she’ll do anything to protect and help a friend.  That’s the kind of girl she is.
What? You heard about that, huh? Well, yeah ... she used to be an escort. But if you print that, buster, and say one word against her, I’ll ... I’ll ... I don’t know what I’ll do, but it’ll be something bad. Her being an escort weren’t a crime, leastwise she was never charged with anything, and she does a lot of good for a lot of people that nobody else gives a damn about. There you go—you made me swear.

Promise now—nothing bad about my Miri! All right. Guess I’d better get back to work. There’s a dame up there leafing through a Modern Screen and I’d better tell her the Monadnock ain’t a library ...
* * *
Kelli Stanley is an award-winning author of crime fiction (novels and short stories). She makes her home in Dashiell Hammett’s San Francisco, a city she loves to write about.
Kelli earned a Master’s Degree in Classics, loves jazz, old movies, battered fedoras, Art Deco and speakeasies. She is walked daily by a Springer Spaniel named Bertie. She credits Raymond Chandler, Ernest Hemingway, Cornell Woolrich, Dashiell Hammett and Thomas Hardy as some of her major influences.
City of Secrets, the sequel to last year's award-winning City of Dragons, will be available September 13th.
﻿
Submitted by Jenna