Love and Boyfriends and Celebration 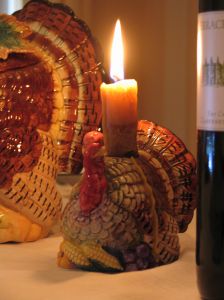 By: Jaymie Leighton, from Victoria Hamilton's Vintage Kitchen Mysteries
Pub. Date: A Deadly Grind - Berkley Prime Crime - May 2012
Every year I go up to my Grandma Leighton's in Canada to celebrate Canadian Thanksgiving, which is on the second Monday in October, so it was just a couple of weeks ago. Actually, we have the meal at my sister, Becca's, place, now that Grandma has moved to a retirement home. Becca married a Brit who was a naturalized Canadian citizen, and stayed up there even when the marriage went sour because she had already established her business, RLB China Matching Service. It's good that she's there, because she can look after Grandma (not that Grandma needs much looking after; she's a firecracker, the people at her retirement home say!), making sure she has whatever she needs, and taking her shopping and to appointments, that kind of thing.
My parents come up from Boca Raton for the CanadianThanksgiving weekend, so I get to visit with them, too. It's nice, all of us together like that. And hey, I get two Thanksgivings, and for a girl who likes turkey, what's not to love!

This year I thought that my boyfriend, Joel, would come up with me. Actually, I didn't think twice about it... I figured he'd want to be there, you know? He moved in with me a while ago, and when Mom and Dad came up to Queensville this summer, they all got along great. Becca doesn't like him much, but I figured Joel would get along fine with Grandma; everyone does.

But the very day I was packing to leave - I'd been talking about the trip for two weeks, and he'd never said a word - he suddenly said he wasn't going. He looked surprised when I got mad, as if I hadn't been saying for two weeks that when we went there we'd have to do this, and that... I was looking forward to showing him around, you know? And I wanted Grandma to meet him.

He'd rather hang out at home, he said, and he had to take off on a sales trip on the Monday, anyway. (That was the first time he'd said anything about the sales trip, but maybe it just came up.) Someone had to look after Denver, my cat, he said. I already had that covered. Valetta Nibley (my friend, and co-worker when I fill in at the Queensville Emporium) was going to drop in once a day and make sure Denver was okay, fill his bowl and scoop his litter, and I was taking Hoppy, my Yorkie-Poo, with me. 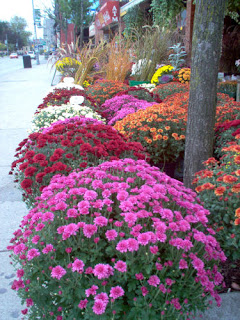 But Joel was adamant, and I just felt... something is off. He says everything is fine, that I'm imagining things, but I don't know. Becca griped that he was just being a jerk, and that's what he does, but she really doesn't like him. Dad said some guys are uncomfortable at family gatherings where they don't really have any official status, and then grandma said, he could have an official status if he'd just ask me to marry him. I laughed, but that was way too close to the truth. If Joel asked me, I'd marry him tomorrow. I kinda thought we were close to that when he suggested moving in, but so far, nothing.
So... just an off day, or a message? I think my dad is right, and Joel's just not into family gatherings. He rarely sees his own family, and they live kind of close, somewhere in Ohio. Or Illinois. In fact, I've never met any of them, but maybe we'll go there for our Thanksgiving this year. Or even near Christmas. He's got to introduce me to his folks sooner or later, right?
Yeah, it's all okay. I'm sure of it. He loves me, and I love him, and it will all be okay. I have to have faith in that. We all doubt our loved ones sometimes, right?
~::~﻿
Victoria Hamilton is on FaceBook at: Victoria Hamilton
And blogs at: http://vintagekitchenmysteries.blogspot.com/
Twitter: @MysteryVictoria
Submitted by Victoria Hamilton