The Joys of Fatherhood 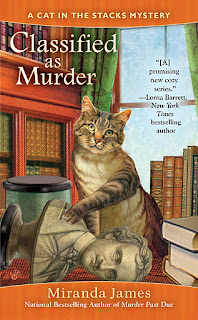 Now that I'm over fifty and Sean is twenty-eight, I finally understand what my mother meant. Sean has been out on his own ever since he left home for law school six years ago. He graduated near the top of his law school class, and he landed a job with a prestigious firm in Houston right away. His mother, my late wife Jackie, and I were so very proud of him.

I moved back to my hometown, Athena, Mississipp, after my wife died. Sean and my daughter Laura were both out of the house by then, and I needed a change. I found a wonderful new companion, my Maine Coon cat Diesel, and settled into a quiet, calm routine.

Suddenly that all changed. Sean showed up one day and announced that he had quit his job in Houston and wanted to stay with me for a while. Of course I made him welcome, but I was curious about why he quit his job.

He won't tell me, and that's frustrating. And worrisome. Could he have gotten into trouble somehow? And why won't he confide in me? I thought we had a good relationship, but he's clearly resentful and I'm not sure why. I'm going to have to tread warily to get to the bottom of this, and in the meantime, there's also a murder to solve...