No Good Reason To Die By Sandi Foxx

From A Spirited Gift
By Authors Joyce and Jim Lavene

My name is Sandi Foxx. I am, or was, the mayor of Manteo, North Carolina, a lovely town in the Outer Banks, those beautiful barrier islands that people have died to possess. 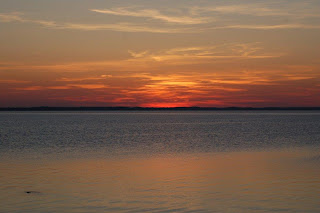 I say was because now I'm dead. As a doornail, that's right. Nothing left. And for what?

Sure, I lived an extravagent life. I had many very nice men who were good to me. I had a hard time choosing between them sometimes. Men are like trinkets anyway, you know? Women like me - we collect them, show them off  - and then look for new ones.

Nothing wrong with that. Not as far as I can see.

But goody-two-shoes Dae O'Donnell, mayor of Duck, had to go and invite me to her little conference. I thought it might be fun, never dreaming what would come next. I swear if I'd known, I would've stayed home that weekend. 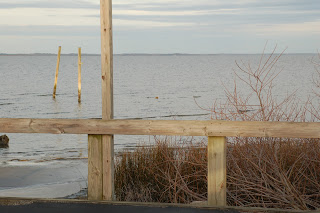 I know this was all her idea. Dae has never really liked me. She acted like she thought I was okay but I could tell she never really approved. Now here I am - a corpse in a book.

Joyce and Jim Lavene could have chosen anyone to kill in their December 6 release, A SPIRITED GIFT, but they chose me. Dae probably slipped in a word or two against me. Anything not to have to kill off any of her real friends.

Dae would probably claim it was one of her visions that told her to do this to me. They say she's psychic, you know. All I can say is that she mostly collects junk up in her little shop, Missing Pieces. Maybe a few antiques but nothing to write home about.

But it wasn't fair to kill me off, and I find it particularly fitting that she has to resort to helping that old drunken pirate ghost so he will help her find my killer.

Don't say I never did anything for you, Dae darling! 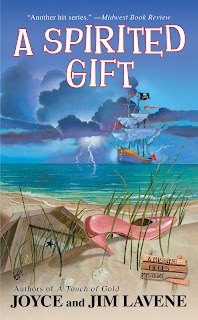 Read more about Mayor Sandi Foxx and ghost pirate Rafe Masterson in the third book from the Missing Pieces Mysteries, A Spirited Gift. Available online and in book stores everywhere on December 6.
Win a copy of the book at www.joyceandjimlavene.com.
Submitted by Joyce Lavene