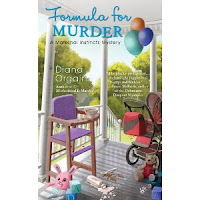 I made the mistake of putting off the balance of my holiday shopping. I say “balance” because I usually buy a gift of two throughout the year, but I’m never so organized as to actually FINISH early. (Will put it on my to-do list now though.)

So there I stood this morning (at least it was early) in a huge big box store and debated over the action figures. Let me just say this – WHY can’t they all be the same size? There are 3in, 4in, 6in, 7in, 8in, and 12in (at least). So if you’d like a superhero to wrangle a bad guy – you have to carefully compare their sizes. Of course, it obvious with the large ones, but the difference with some of them is not that great and with the packaging you can barely tell. But how can you have a 3in Spiderman (who is already slim) overtake a giant 4in lizard? No. The 3in lizard is already bigger than Spiderman – so you can’t go to 4in. But the store is out of the 3in lizard.

I had to settle for the Green Goblin – after some confusion about the Green Lantern – who is a hero and not a villain. Really?

Because my best friend Paula's son gave me very very explicit instructions or as he says "constructions" on what to get him for Christmas, I settled on a 3in Spiderman and a villian for him to defeat.

Then the check-out! Never mind the fact that the line was non-existent when I got to the store, but after I finished in the toy aisle the line was around the store. I did it for the most adorable little boy I know.

I hope your holiday shopping has gone smoother than mine. What was your most challenging gift to buy/find this year?