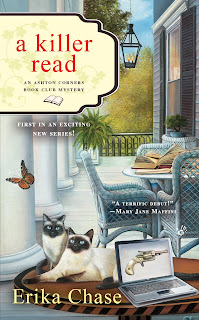 By Mark Dreyfus, Police Chief. From the upcoming A Killer Read by Erika Chase

Sometimes I wonder what made me take on the job of police chief in my hometown of Ashton Corners, AL. Law enforcement seemed a natural after my stint in the army. But having to deal with lawbreakers who you knew in high school? Not the easiest job in town.

And then there’s the matter of the former chief, Bob Miller. A thorn in my side, as the saying goes. Seems he can’t put aside the odd run-in we had in the past. You know, just a bunch of swelled-headed high school football players trying to prove how great we were. Like the time we painted the team logo on top of the gazebo in the town square. Once we ‘borrowed’ the stuffed alligator mascot from our rivals at Rawlings High. And after watching American Graffiti one night we…well, the less said about that the better. But Bob Miller doesn’t try to see who I am today. 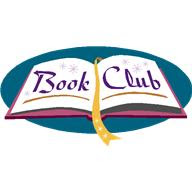 Lizzie Turner, on the other hand, seems to like what she sees. I almost lost my police chief cool when I walked into the Ashton Corners book club meeting and there she sat…a prime suspect.

I remembered her from high school days…long hair tied back in a ponytail, dynamite curves packaged in not-so-sexy long tops and pants, always a book in her hand but always there at a game. We never talked. I thought she’d think I was too dumb. Seems she thought I couldn’t see past all those leggy cheerleaders. Maybe she was right.

But that’s another way I’ve changed. Lizzie sure gets my attention these days. I just hope I don’t blow it by reverting back to that idiot cool dude. I also hope I don’t have to arrest any of her book club friends in this murder I’m investigating. Nothing cools a romance faster than handcuffs, no matter what they say.

Have you ever wished you could go back and do some things over again?


Look for A Killer Read on the shelves, April, 2012. Now available for pre-order on Amazon.