Writers Can Make You Crazy 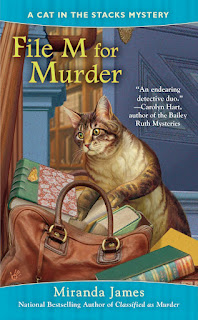 Creative people are supposed to be a little odd, right? Eccentric, even.

But does odd mean they have to be downright rude to the rest of world?

Take Connor Lawton, for example. He's supposed to be this hotshot playwright, here for the academic year as writer-in-residence at Athena College. All well and good, because it's a coup for the college to land someone as highly regarded by the critics as Mr. Lawton.

I haven't read one of his plays, or seen one of them performed, but I have had the (dis)pleasure of meeting the man several times. He shows up at the Athena Public Library occasionally needing help with something. And it's been my (mis)fortune to help him several times.

Despite the fact that I am old enough to be his father and -- one would hope -- entitled to at least a modicum of respect due to my age, Lawton treats me and everyone else at the library like peons who ought to be happy to do his august self some service. I'm tempted to tell him how the cow at the cabbage (one of those wonderful expressions I've picked up from reading English mysteries), but the man is so monumentally self-absorbed I doubt he would even understand what I meant.

Diesel, my Maine Coon cat, doesn't care for Lawton either. Smart cat! He's an excellent judge of character, and he looks at Lawton and then turns away.

I wonder how his temporary colleagues in the drama department at the college feel about him? Somehow I can't imagine he's any less abrasive there. I don't think it's going to be a happy year for Connor Lawton or anyone he meets. Someone not as polite as I am may well try to teach him a lesson ... .
Submitted by Miranda James