Erin: Detective, thank you for agreeing to this interview.

Mains: It’s my pleasure. The students of Martin College are an important component of Stripling.

Erin (brows raised): Did the mayor tell you to say that? It sounds like a political sound bite. 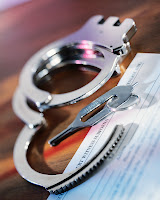 m not sure I believe you.

Mains: It’s true, but you can believe whatever you want about it.

Erin: No need to get huffy.

Mains (sighs): Can we please continue?

Erin: Can you tell me about the rise in homicides in Stripling?

Mains: We have had a couple of incidents over that last few months.

Erin: Should citizens be worried?

Mains: I always advise citizens to be diligent and aware of their surroundings. Lock your doors. Don’t walk alone late at night. Stripling is a relatively safe place, but you can never be too careful. As for these cases, they weren’t random acts of violence. The perpetrators knew the victims and had clear motives.

Erin: Martin College librarian, India Hayes, has had a hand in solving both cases. How has she helped in the investigations?

Mains: Ms. Hayes is a smart, resourceful woman, but she should not be messing in my cases. She unnecessarily places herself in harm’s way.

Erin: What’s your relationship with India?

Mains: I thought you wanted to interview me about my profession. Ms. Hayes is not involved in that.

Erin: I disagree since she has helped you solve crimes. How well do you know her?

Mains: Please move to the next question. I’m not answering questions about India Hayes.

Erin: Okay. What is your relationship with the Hayes family?

Mains: I just told you I won’t answer questions about India.

Mains (glares): We dated a million years ago in high school.

Erin: How do you think that history with the family has impacted your relationship with India?

Mains (grinding teeth): I think we are done here.

Erin (with a twinkle in her eye): For now.

Amanda Flower writes the India Hayes Mystery Series. The first novel in the series, MAID OF MURDER, was nominated for an Agatha Award. The sequel, MURDER IN A BASKET, released February 2012. First in a new series, A PLAIN DEATH, coming July 2012. To learn more visit Amanda online at http://www.amandaflower.com/. You can also follow Amanda at https://www.facebook.com/authoramandaflower and http://twitter.com/aflowerwriter.