All Dressed Up and Somewhere to Go 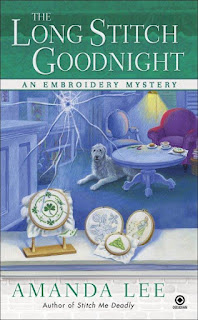 Beverly Singer from THE LONG STITCH GOODNIGHT, by Amanda Lee

I'm a costume designer, although you've probably never heard of me. I'll bet you have heard of Colleen Atwood, though. She's the Academy Award-winning costume designer responsible for the creations in Alice in Wonderland, Edward Scissorhands, Chicago, Memoirs of a Geisha, and most recently, Snow White and the Huntsman.

My daughter Marcy and I went to see Snow White and the Huntsman the last time I was in Tallulah Falls. I particularly wanted to see the movie because I knew how much work Colleen had put into the costumes, particularly those of Ravenna, the evil queen. 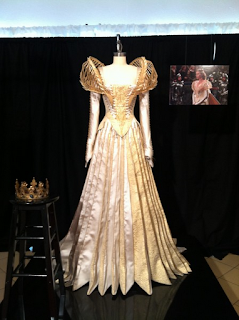 Take this gown, for example: This was Ravenna's wedding gown. She wore it when she married Snow White's father, the king. Although it is a beautiful dress, Colleen wanted all of Ravenna's costumes to hint at death and the evil that was within her. See the skeletal cage around her shoulders?

For one of the costumes--a blue dress--Colleen incorporated the wings of beetles which are eaten in Thailand. In an interview with Collider, Colleen said, "Fabric-wise the blue dress was really difficult because the beetles were really, really hard and really brittle, so it took us a while to figure out how to drill through them and use them. They were really sharp too so you couldn't have them in places where they rubbed against anyone's body because they could really cut you."

So the next time you go to the movies, take a moment to consider the costumes...and us--the costume designers. The symbolism might not be as apparent in other movies as it is in Snow White and the Huntsman, but I guarantee you that if the costuming is off, the movie won't work as well. 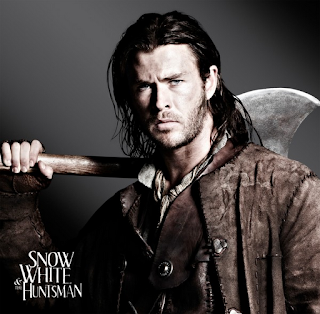 Please don't think I'm a whiner, though. Even though costuming can be hard work, we do get to dress people like this guy. *Sigh*

So, did you see Snow White and the Huntsman? If so, what did you think of the costumes? If not, what's another movie where the costumes blew you away?
Submitted by Gayle