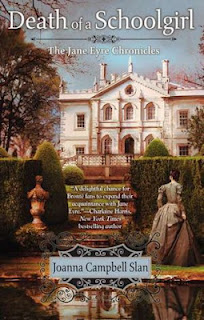 “Saints deliver us!”  Rollie stared at the tip of his scythe, wondering at the blood that streaked the blade. “What ever have I done? Musta kilt something there in the weeds.”
My heart plummeted. This was to be a happy day, one where I instructed Rollie as we cleared a patch of fescue and knee high meadow grass, from a spot destined to be a vegetable garden. Or so I had hoped. Instead, an unlucky animal must have fallen victim to the deadly circular motion of Rollie’s rhythmic slices.
He took a dingy handkerchief from his pocket to wipe the tool as he turned sad eyes to me, the milky circles around his brown irises a sure sign of his advancing age. “’Tis a shame, ain’t it?”
“What manner of animal might it be? Can you be certain it does not suffer?” A chill overcame me as I cast my thoughts back to my last glimpse of Mephisto, my black cat, as he carefully licked his paws while sitting in his basket near the kitchen fireplace.
“Aye, I plan to search for the varmint, but I thought to warn you to avert your eyes. This won’t be a pretty sight. Not near.” So saying, he dropped to his knees and parted the tall blades of grass, a forestation thick enough to hide his head and shoulders as he crawled away from me.
My fingers bothered the hem of my shawl as I watched and waited. What would he find? Only last week, a hunting party loosened a ferret in these fields. With guns trained on the burrows, men from the surrounding farms waited until the ferret flushed out the family of rabbits. A portion of the kills came to us, here at Ferndean Manor. I watched as Cook deftly slipped a knife under the still warm flesh and drew a line from under the chin to the tail of each. With a practiced snap, she broke the legs and peeled the skin away. That night we ate several that had been braised, while Cook put two into a pot with carrots, onions, and turnips for a stew to be eaten the next day. If Rollie had hit a rabbit, at least it would not go to waste.
First reaching up and doffing his cap, Rollie fussed around in the thick of the grasses. Then, he backed out of the tunnel he’d created in the brush, moving slowly on his knees whilst his right hand held his cap containing his quarry.   Struggling to maintain his balance, he rose to his feet and presented me with this gift, much like a priest offers communion to a supplicant at the altar rail. “See? ‘Twas the mother that I kilt, and there’s no hope for her, but these wee ones, must be, I dunno, four weeks old or so? I can drown them, but they eat bugs, ma’am.”
I peered down onto three squirming bodies, lifting their tiny snouts to me, blinking in the sun, and seeking their mama. “Hoglets,” I marveled. “Baby hedgehogs. Three of them.”
Running a finger over their tiny spines, I fell in love with their bright button eyes.
“Iff’n you don’t take them inside and wrap them in a flannel, they’ll die of the cold and exposure. Them quills don’t hold much heat,” Rollie said. He smiled at me. “You’ve got a kind heart, ma’am, if you don’t mind me sayin’ so. But if they’re a bother—”
“No, no. They’re God’s own creatures. What shall I feed them?” Extending my own cupped hands, I waited as he transferred his cap and contents into my possession. How light these little bodies were! And yet, their earnest seeking for sustenance moved me, caused my heart to quicken, as I thought, “How alike all the babies of all creatures are! How they move us to compassion! How easy they are to love!”
And that I did. So it was that three little hedgehogs came to make Ferndean their new home. 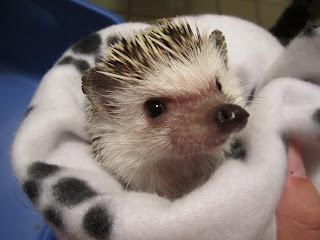 Joanna will make a $1 donation to Tigglywinkles, the world's busiest animal rescue hospital, for each individual commenter (limit $50). http://www.sttiggywinkles.org.uk/ Offer ends one week from today, on August 24, 2012.

Death of a Schoolgirl, a Mystery Guild Featured Alternate,  is now available at Amazon, Barnes & Noble, Books-A-Million, and at all independent bookseller.
Submitted by Unknown