The Way to a Girl's Heart is Through Her Stomach 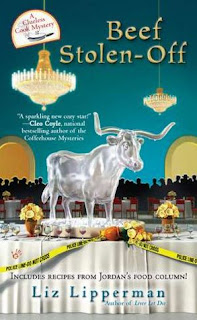 Time sure flies when you're having fun. Seems like only yesterday that I, Alex Moreland, went undercover in the small town of Ranchero, Texas. I was chasing a diamond smuggling ring and ended up with a girl.

I'm making it sound pretty easy when in actuality, it wasn't. You see, the girl in question is a feisty redhead named Jordan McAllister who's always sticking her nose in places it shouldn't be and getting into trouble. For a long time I even thought she might be the brains behind the diamond smuggling operation.

I charmed my way into her life and got her to notice me. I told myself it was just so I could find out what she knew, but who could resist that curly red hair and those blue eyes?  I was looking forward to some of her great home cooking since I was away from Sunday family dinners in Houston. Boy, was I ever in for a rude awakening.

The girl couldn't cook herself out of a box of macaroni and cheese. Her idea of a gourmet meal is fried bologna and Hostess Ho Hos.

Did I mention she's the culinary reporter at the local newspaper in Ranchero? Don't even ask!

So  I had to take matters into my own hands and seduce her with a pan of my grandmother's famous lasagna and a pitcher of homemade sangria. And you know what? It worked. I got the girl.

Now, if I could only keep her out of trouble.

You can read about the latest Clueless Cook adventure in BEEF STOLEN-OFF, which released last month. Then in January, hop on a cruise ship with Jordan and the gang and sail away to the Caribbean in MURDER FOR THE HALIBUT. Surely, she can’t get into trouble on the high seas, can she?
Submitted by Liz Lipperman