Dating Can Be Dangerous 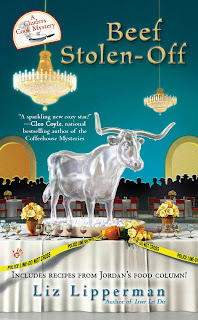 Hey there. My name is Rusty Morales, and I was asked to come here today to talk a little about a girl named Jordan McAllister.

Wow! That is one sexy redhead. It's too bad I didn't get a chance to find out where our relationship could have gone. You see, I only met this lovely woman a few hours before I died.

Yep, that's right. I guess I'll have to start at the beginning to give you the whole picture.

I am—I mean I was—the foreman at Santana Circle Ranch where my boss, Lucas Santana, runs one of the biggest cattle producing ranches in North Texas. It wasn't a good time for cattle raisers across the country for the same reason a lot of other businesses were suffering.  Because of the economy, people were cutting back on luxury items and—you guessed it—high-priced steaks was one of the first to go.

So Lucas decided if he could get the media to talk up the annual Cattleman's Ball in Fort Worth, it might boost the sagging beef industry. Since Lucas dropped a lot of serious money in advertising at the local newspaper, the editor was more than willing to send Jordan McAllister,  his culinary reporter,  to accompany him and his significant other to the ball.

Here's where I come in. Jordan needed a date for that night, and I was chosen. After one look at her, my "job" as her escort took on a whole new dimension. I planned to wine and dine her and see where it led. Little did I know it would lead to a Fort Worth emergency room where I arrived DOA.

I had to watch the rest of the story unfold from beyond as Jordan scrambled to solve my murder. But was I watching from up above or down below? To find out if I was a bad boy or not, you'll have to flip through the pages of BEEF STOLEN-OFF. 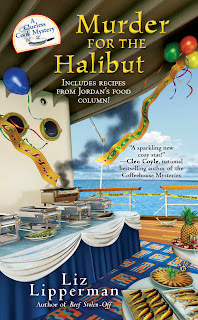 Watch for Jordan's next adventure, MURDER FOR THE HALIBUT,  coming in January from Berkley Prime Crime.
Submitted by Liz Lipperman