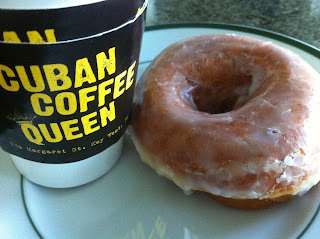 A lot of people are curious about what a food critic in Key West actually does. What's so hard about eating, right? Doesn't everyone eat and then talk about what they like?

The truth is, I adore my job and I would never complain. This past week, for example, I've been working on an article about breakfast on the run. Which meant I had to try out the brand new donut shop on Eaton Street. The plain glazed donut was to die for, but then I had to sample the maple and bacon glazed, and after that, the Boston cream filled with Earl Grey/vanilla pastry cream. And it was all I could do not to order the key lime flavor too. 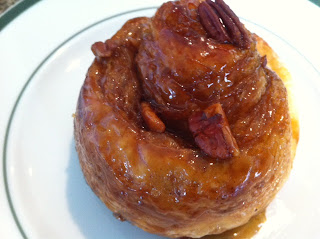 And the next day (it can't only be all about donuts,) I moved on to the astonishing sticky buns at the Old Town Bakery…you haven't lived until you try this light pastry drenched in a crust of caramel...

You see the problem looming? All this eating means more time at the gym, and less time hanging out on Miss Gloria's houseboat and watching the world go by.

And another thing, what if I don't care for a meal? I can't just ignore the experience, like a kindly reader who thinks her favorite author's latest isn't quite up to par. I have to swallow hard and write about it, with the words of former New York Times food critic Ruth Reichl churning through my mind: The more expensive the restaurant, the more damage a lousy review can do. As you'll see when TOPPED CHEF comes out in May (only four months away!) my review of Just Off Duval was definitely lousy. And the owner isn't going to take that lying down… 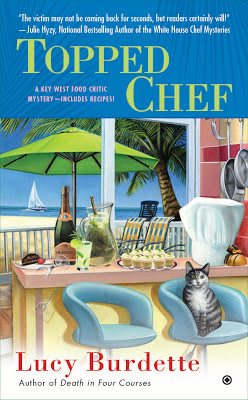 You can pre-order the book today. And then follow Lucy on Twitter, or Facebook, and Pinterest too. And our recipes are featured every week at Mystery Lovers Kitchen.
Submitted by Lucy Burdette aka Roberta Isleib