- from Death al Dente, Book One of the Food Lovers' Village Mysteries, by Leslie Budewitz, coming in August 2013

If I spend one more minute in the corporate world–well, I won’t scream, because that would bring all sorts of people running, and I’d have to explain myself, and that would make it all even worse.

What’s so bad? you ask. You have a great job in a great company in a great city.
True, true, true. And on my good days, I know that and love it all, and am so thankful. 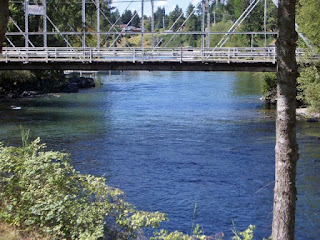 But some days–especially the gray, dreary ones so common in Seattle in January–I just want to go home. My mother owns a gift shop in Jewel Bay, Montana, in the heart of the village. It occupies the building my great-grandfather built in 1910 for the town’s first grocery store, Murphy’s Mercantile–the Merc for short. It stayed in operation until the 1970s, when many of the town’s essential businesses moved out to the highway, where there was room to expand, space for parking, and all that other progress. Hey, this is a familiar small-town story, isn’t it?

So my family reinvented the Merc. Perfect timing– the other downtown merchants and building owners were experiencing similar upheavals and needed a new direction. So, they recruited artists and opened galleries, recruited chefs and opened killer restaurants. And now folks come to town for the art and the food. “Jewel Bay – A Food Lover’s Village.”

I think my mother’s shop is struggling, but she’s not saying much. Not sure what to do about that ... .

Still, I do have great friends here. Especially Roxy Turner, this sparky old lady who lives in my neighborhood, Seattle’s Capitol Hill. She would hate being called “sparky” even more than being called “old.” We first met her out walking around Volunteer Park, but now that the weather’s damp and chilly, we meet for coffee at the OddFellows Café on Saturday mornings. 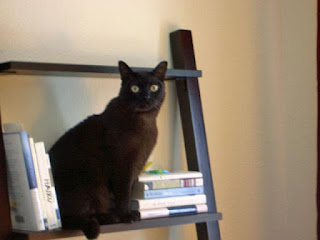 When she was in the hospital, I went to her apartment to take care of her cat, Mr. Sandburg.
He’s a Burmese, and a really great little guy.


If you could live anywhere in the world, where would it be?


(Death al Dente, the first book in the Food Lovers' Village Mysteries, debuts from Berkley Prime Crime in summer 2013. The series is set in a small, lakeside resort community in Northwest Montana, on the road to Glacier Park. Guess where my author, Leslie Budewitz, lives! Leslie is also a lawyer and won the 2011 Agatha Award for Best Nonfiction for Books, Crooks & Counselors: How to Write Accurately About Criminal Law & Courtroom Procedure (Quill Driver Books). Visit her at www.LawandFiction.com and www.LawandFiction.com/blog )