by Billy Sheahan, from Sheila Connolly's Buried in a Bog

Fáilte romhat! In case yer wonderin', that'd be "welcome to you."  I'm William Sheahan, but most people call me Billy.  A lot of 'em call me Old Billy.  No mind—I'm old and I know it.  Eighty odd, but who's counting? 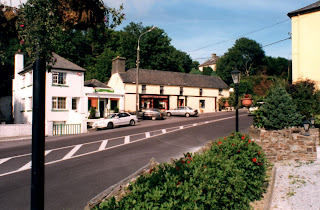 I spend most of my days in Sullivan's—that's a pub in Leap, on the south coast of Ireland, near to the town of Skibbereen.  The last owner, Mick Sullivan, was an old friend—we went way back, to our boyhood days.  He ran the pub here for decades, rain or shine, day or night.  It was his home, more than that house up on the hill.  You see, he never married nor had children, so the boys at the pub were his family.  I count myself lucky that he let me rent a coupla rooms at the end of the building, so I don't have far to go at closing time.  It suited us both.

Mick's gone now, may God rest his soul.  I was worried for a bit that the place would close down without him, and I wasn't happy thinkin' about having to find myself a new corner to call me own.  Then Maura Donovan shows up, from America, and now she seems to be running the place.

She's doin' a good job of it, too.  I thought maybe she'd come in and decide to sweep the place out and start over—I've heard that a lot of Americans think like that.  And then I thought, what if that sweep means showing me the door?  But I needn't have concerned myself.  Maura's a smart girl—she's taking her time settling in, and not changing too much, too fast.  Times are hard these days, so she's waiting to see what the business is like before she tries anything big.

And, bless her, she doesn't treat me like an old fool just looking fer a free pint.  She talks to me, asks me questions about how things used to be around here.  I tell her about the family she never knew she had—I knew them years ago. She's a smart one—she watches and listens.  Of course, I want to see Sullivan's go on for me own reasons, but I think Maura can make a go of it, if she wants to.  She's still making up her mind on that.

She's had a brush with a coupla unexpected deaths.  I never would have thought it, but it turns out that murder's good for business at the pub.  Not, of course, for the poor lost souls, but the living want to talk about it, and they come to Sullivan's.  I'm hoping that Maura plans to stay on fer a while. 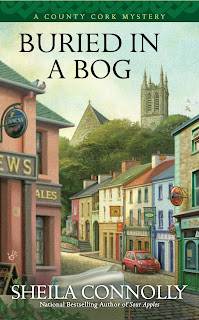