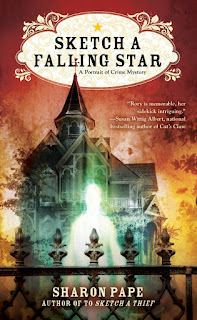 I never dreamed that moving would be so difficult. My sister Helene tells me the trick is to move more often, like she does. That way you're forced to go through all the clutter you've  accumulated before it becomes an overwhelming job. Through trial and error, she also discovered that pretending you're moving doesn't achieve nearly the same outcome. She thinks it's probably like trying to tickle yourself. In any case, at this late stage of our lives it's a moot point. My husband and I have lived in this house since 1984 when Rory was born and after we settle into our new townhouse, our moving days are over. Now, Helene's theory may be right, but she's definitely wrong about one thing. Accumulating too much unnecessary stuff is not  the biggest problem when you've lived in one place for thirty years. The biggest problem is deciding what to throw away. As you might have guessed, Mementos of Rory's childhood are proving impossible for me to toss out.

"You can't be serious," my husband said when he realized I was keeping everything she'd ever made for us.

"That's her little handprint," I protested, when he picked up the imprint captured in cement back in nursery school. To me it was a precious fossil from her childhood. "What are you planning to do with it?" he asked, always the pragmatic one.

"Look at it from time to time," I said, trying to sound as confident about my logic as he was about his.

"When was the last time you looked at it?"

I didn't actually remember, but I had to come up with something."When I was trying to find a deck of cards the last time you were in the mood to play Bridge," I replied, grabbing the first memory to surface.

"That was ten years ago when I broke my foot," he said, trumping me.

Exactly when had we moved into a time warp? "I don't care," I said firmly. "I'm keeping it all."

He heaved an extra heavy sigh that sounded more like a groan. "Arlene, you know as well as I do there's not enough room in the new place for everything we have here."

He was right of course. "Don't worry, I'll throw out more than enough stuff," I promised. Since he knows I always keep my word, he went back to watching football. And I got busy making good on my pledge. I started by throwing out his old Sports Illustrated collection and at least 4 dozen tee shirts he hadn't worn in twenty years. Hey, isn't compromise the backbone of any successful marriage?