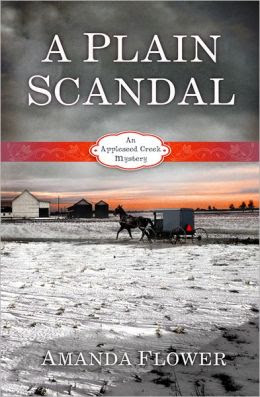 The Amish in the quiet Appleseed Creek community are under attack. An unknown assailant is cutting off the long hair of Amish women and the beards of Amish men. Computer specialist, Chloe Humphrey, is alarmed over the crimes against the Amish and worries over how the events will impact the Troyer family, especially her housemate Becky and Becky’s older brother Timothy. Her anxiety increases when she discovers the body of an Amish businessman, who had been stabbed in the back and his beard cut off. Now, Chloe and her friends must find the culprit behind the hair-cutting before someone else pays the ultimate price.

For more information or for links to buy a copy of the book, visit Amanda Flower's website. 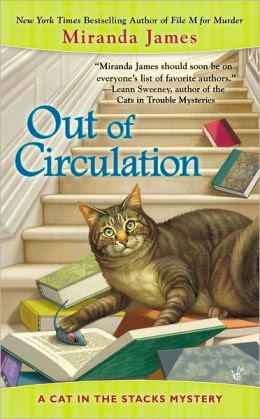 Out of Circulation
by Miranda James
Available January 29, 2013

Everyone in Athena, Mississippi, knows Charlie Harris, the librarian with a rescued Maine coon cat named Diesel. He's returned to his hometown to immerse himself in books, but when a feud erupts between the town's richest ladies, the writing on the wall spells murder." The Ducote sisters are in a tiff with Vera Cassity over the location of this year's library fundraising gala, and Charlie would rather curl up in a corner than get into the fray. It seems everyone--even his housekeeper Azalea--has it in for Vera. And at the gala, she gives them good reason, with a public display of rancor aimed at anyone who gets in her way. But those bitter words wind up being her last. When Charlie discovers Azalea standing over Vera's dead body, it's up to him--with a little help from Diesel--to clear Azalea's name, and catch a killer before his last chapter is finished.

For more information or for links to buy a copy of the book, visit Miranda James's website. 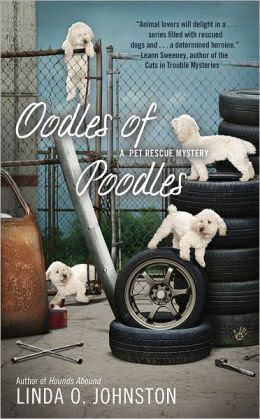 Has Hollywood gone to the dogs? Pet rescuer Lauren Vancouver is observing production on a new movie called Sheba’s Story. The title character—a miniature white poodle—is played by many similar-looking poodles, and to make sure no animals are harmed, Lauren’s friend, veterinarian Carlie Stellan, and Grant, a handsome representative from the American Humane Association, are on location. But when the film’s director is killed in a suspicious hit-and-run after arguing with Carlie about animal safety, it’s up to Lauren to clear her friend’s name and catch a killer before someone else ends up in oodles of deadly trouble.

For more information or for links to buy a copy of the book, visit Linda O. Johnston's website.