Sleuthing and the BFF

It’s  a dark and stormy night, your car just broke down in the middle of the swamps and you forgot to recharge your cell phone. In the moonlight you see an old house on stilts surrounded by gnarled trees and Spanish moss floating in the breeze,  a lonely light in the window.

The question is… Who’s walking through that swamp with you?
Sherlock has Watson with him, Perot  has Captain Hastings, Nancy Drew has  boyfriend Ned, Stephanie Plum has Lula. Every sleuth has a BFF to chat with, get into trouble with, drink with.

On TV Beckett has Rick Castle. The CSI people have each other to find clues with,  Lisbon has tea-drinking Patrick Jane in the Mentalist, in White Collar Neil has Mozzie.

It’s not just solving the crime together that makes them BFFs but sharing their personal lives. IMO it’s this personal touch that’s the most interesting part of the show or book. Don’t you love when Sherlock does something nice for Watson or Perot and Hastings take on the chase together.

That LuLa is a once-upon-a-time hooker makes for a great character, that Patrick Jane is hunting for Red John keeps us riveted, that Rick Castle is raising his teenage daughter and has his mother living with him gives a human touch to finding killers. 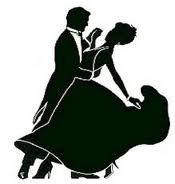 In my book, Iced Chiffon, protagonist Reagan has BFF Auntie KiKi. KiKi was once a roadie for Cher and spouts Cher-isms when giving sage advice. 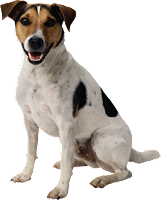 When KiKi was born the angels chanted cha-cha-cha over her crib and turned her into Savannah’s resident dancing teacher. There’s also the other Bruce Willis, a stray dog who takes up residence under Reagan’s porch.

Back to our dark and stormy night. We know about the BFF our sleuths have at their sides when running for the creepy old house. Who would you have? When life goes right to hell in a handbasket, who do what at your side?
I'll give away a Killer in Crinoline tote from the answers.