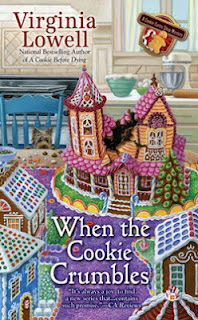 My name says it all. Spunky… yep, that’s me, all five feisty pounds of me. My two-legged, Livie, is kind to me. She’s a bit stingy with the treats, but I think she’s trainable.  Mostly, I’m pretty happy. Yap, yap! Oops, sorry, sometimes I slip into my native tongue. I forget that two-leggeds aren’t very skilled at translating the Canine language, especially the Yorkie dialect, which is complex. We have a Yap for everything.

Some of you may have heard that I started life in a puppy mill, but even Livie doesn’t know the whole story. It wasn’t so bad at first, when I was with my mom and my brother and sister. Mom fed us, and we kept each other warm. I started to get nervous when I heard a gruff two-legged voice call me the runt of the litter. I didn’t know what that meant, but he didn’t make it sound like a good thing. Mom was worried; I could tell. But then a smaller, softer two-legged started sneaking extra food to mom, which seemed to make everything better somehow. Anyway, I grew a little bigger.

Pretty soon my brother and sister left, and so did my mom. I was alone. One day a two-legged picked me up and said I wasn’t a good specimen. I gave him a good, fierce yapping-to! He said no one wanted me because I was too yappy and didn’t like people. Well, he was wrong. I just didn’t like him. That’s when I decided it was time to move on. Being small helped. When the smaller two-legged came to feed me, I managed to sneak out of my cage. She let me go. I waited until it was dark, and then I dug under the fence and escaped!

Most folks know the next chapter of my story, the part where I survived for months all alone on the streets of Baltimore. It wasn’t that hard. I was still small and young, and most two-leggeds think puppies are adorable. So I turned on the puppy charm and kept my yapping to a minimum. Now and then, I had to scrounge around garbage cans for food, but mostly people fed me. I had to be careful not to let them hold me, though. I wanted to hang on to my freedom. However, I lost it eventually. Those rescue folks know what they’re doing. They got me. And I’m glad. I like it here. The Gingerbread House smells yummy all the time, and I have my own special chair by the big window. People visit me and rub my ears all day, and some of them even sneak me treats. Only don’t tell Livie! I’m on a mission to get her to give me more of those crunchy bone-shaped treats.

So yeah, I’ve got it made. Only I do sort of miss being able to run whenever and wherever I want. Livie always puts me on a leash when we go for an outing in the park. She says she can’t trust me not to run away. Which isn’t fair! You know my friend Buddy, the black Labrador? He’s a rescue dog, too, and he is never on a leash. Okay, he constantly escapes, but he always comes home… eventually. I wouldn’t run away, honest. Well, there was the time I took off after a murderer, but I think that was justified, don’t you? I wanted to protect Livie. And it was only the one time. All I want is to run free again, like when I was a puppy on the streets of Baltimore. How can I get Livie to trust that I’ll always come back to her?

Watch for ONE DEAD COOKIE, the fourth book in the COOKIE CUTTER SHOP series, arriving on the shelves this summer. Meanwhile, visit Virginia Lowell at www.virginialowell.com