Do You Lose Things?

Do you lose things? You know, like your phone or the birthday cards you bought on sale so you’d have them when you needed them – and now where are they? How annoying is that, right? Well, I can’t find my camera. It’s lambing season and I’ve been taking pictures of the little cuties being born on my farm to post on this blog, knowing you’d look at them and say “awwwwww,” and now I’ve lost the camera. “Misplaced it” is probably more accurate. I know I’ll find it.

But that’s a good example of what lambing season does to me. A whole lot of sheep, not a lot of sleep. So I’m bummed because I can’t show you pictures of Mabel and her twins (awwwwww.) But to the right is a picture of Parsnip from a few years ago and here’s a link to an article about lambing season on a farm in England with pictures that are probably better than the ones I took anyway. 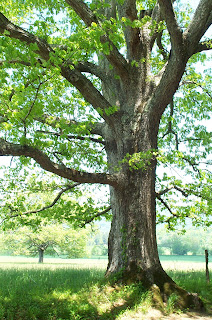 My sheep and I live on Cloud Hollow Farm, an official Tennessee Century Farm. That means the land has been in my family and farmed continuously for at least 100 years. In Cloud Hollow’s case, it’s been almost 150. Isn’t that cool? Cloud Hollow is in the Little Buck River valley in Upper East Tennessee – almost as far north and east as you can get in Tennessee without being in either Virginia or North Carolina. The nearest town is Blue Plum and I work part time at the Weaver’s Cat, there. I think you know Kath Rutledge who runs the Cat, don’t you? You would have met her here on the blog and in Last Wool and Testament. I was in that book, too, but I have a bigger part in Dyeing Wishes, which comes out in July. In fact, the book starts out at Cloud Hollow. Bill the sheepdog, Mabel and her twins, and I are all very excited! 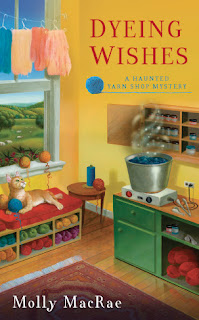 And that brings me back to the problem of losing things. Not only have I lost my camera, but when Dyeing Wishes opens, you’ll find out that I’ve misplaced the key to my dye kitchen. Kath and some of the TGIF members (that’s Thank Goodness It’s Fiber) come out to the farm to learn about “hand-painting” wool roving with dye, but we can’t get started until my neighbor across the river brings me the spare key. In the meantime, we take a walk to see the new lambs and we also see . . . Oh dear.

Let’s just say that misplacing the key wasn’t the worst thing that happened that morning. And let’s also say that right now I’d like to concentrate on happier topics, like Mabel’s twins, or learning strategies for finding or keeping hold of keys, camera, phone, my mind . . .
So what is it that you're always losing and what tricks do you use to keep track of those pesky, slippery things?

Look for DYEING WISHES, book two in the Haunted Yarn Shop Mysteries, coming in July 2013 (now available for pre-order) and read LAST WOOL AND TESTAMENT, available in mass market, e-book, audio book, and large print. LAST WOOL AND TESTAMENT is the winner of the 2013 Lovey Award for best Paranormal, Sci-fi, or Horror Novel and was named as one of Suspense Magazine’s Best Books of 2012.
Follow Molly MacRae on Facebook and Pinterest, or find her the first Monday of each month at Vintage Cookbooks and Crafts.