The only thing she ever stole was our hearts 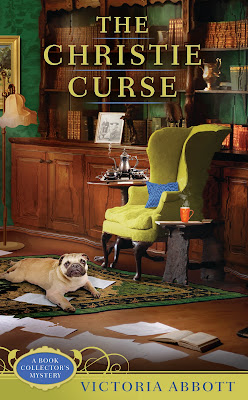 From The Christie Curse: a book collector mystery by Victoria Abbott aka Victoria and Mary Jane Maffini

We love our Jordan like the daughter we never had, bein' two bachelor brothers. We raised that girl as our own, Lucky and me. That was her mother’s wish. She may be a Bingham, but to us, she’s all Kelly. Of course, she’s the spitting image of our dear sister, rest her soul.  The two of them are the only ones in the Kelly clan with those black Irish good looks. In my mind Jordan’s the most beautiful girl in the world, with that dark hair and the blue eyes ‘put in with a sooty finger’ as the old saying goes.  She was fortunate to avoid the family ginger hair and matching wild eyebrows for sure, not to mention the chest hair.

Even when she was a small child, she tottered around Michael Kelly’s Fine Antiques like she owned the place. And she was as bright as you could ever want. Quick and charming, could fool anyone into anything.  We had hoped she’d go into the family business. Lucky and I got her a set of her own lock picks for her Sweet Sixteen. The sky would have been the limit with that girl. But no, she had to go off to college, English Literature. Can you imagine it? English! Our ancestors would roll in their Irish graves. And then to top it all off, she wanted to ‘go straight’ as she called it. Make it on her own.

Lucky took to his bed for a week when he heard that.
Be that as it may, we came to grips with it. But when she took the position as a researcher for Vera Van Alst, that was a dark day for Lucky and me. Vera Van Alst might have more money than the bank and she might collect fine first editions but she is still the most hated woman in Harrison Falls, NY.  Don’t get me going on that.

First thing we know Jordan not only has the job but she’s living in Van Alst House with an Italian cook and a gardener and all that pardonnez-moi.  She’s still our girl though and she shows up from time to time for advice and maybe have a dinner of franks and beans at our kitchen table.

Next we find out that Vera has our girl chasing all over looking for an Agatha Christie manuscript, a play that’s never been published or produced. Jordan says that Christie may have written it during her mysterious disappearance in 1926. Then it turns out Jordan’s predecessor died in mysterious circumstances while searching for the same play.  Cut and run, we say! But she’s stubborn.
If only we could get her to click her pretty heels together and come back home. 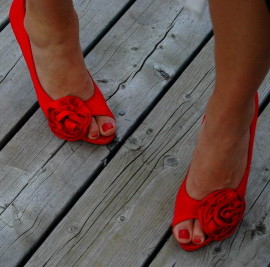 It’s a risky world out there and Lucky and I have noticed that young copper hanging around.  Kellys do not consort with the police and we made sure our Jordan knows that.  Will she listen? What do you think?
It’s enough to drive us to the good whiskey. If you have some advice for a pair of worried old uncles, let’s hear it. We’re all ears … and ginger hair.