What I Wish I Had Known

If I’d realized how hard farming is, I might not have taken Great-Uncle Albert up on his offer. And if I’d known how much schmoozing is involved in keeping customers happy, this introverted geek could have just said No. But if I’d understood that just as my first season got underway someone would be killed on my farm in my hoophouse with my pitchfork, I definitely wouldn’t have moved to Westbury and started an organic farm with a goofy name.

But let me back up. I’m Cameron Flaherty, a gawky former software developer missing the social-skills gene. About a year ago I lost my job in what the company called a reduction in force. At the same time my boyfriend had been distancing himself from me, or maybe I’d finally seen that he was more into himself than into me.

My Great-Aunt Marie passed away a few years ago and Great-Uncle Albert had to have his foot amputated last summer. He called one day and offered me Attic Hill Farm.

“I figure with me out of the farming picture and you out of a job, why, it seems like a perfect match.” I could hear his smile over the phone from the classic New England village north of Boston.

It didn’t take me long to accept the offer. I’d grown up spending summers with Albert and Marie and I loved the antique farmhouse and the fertile land. In short order my Norwegian Forest cat  and I moved out of our rent-controlled apartment in Cambridge and settled in on the farm. I changed the name, with Albert’s blessing, to Produce Plus Plus (which I’m already regretting).

I didn’t know as much about farming as I should have, but I took a course last fall and began researching organic growing methods and certification. And when I started advertising my CSA, my farm share program, in the winter, was I ever surprised when a bunch of members of a Locavore club in town signed up. Some are a little kooky, but if they want to pay me to grow vegetables for them, I can handle kooky. They are great volunteer workers, too. I also have a Girl Scout who volunteers as part of getting her Locavore badge.

Great-Uncle Albert is a few short miles away in an assisted living residence. He’s my resource person and biggest fan. I even have an agreement to sell to a local restaurant whose Chef Jake is not only taller than me – which is saying something – but handsome and flirtatious, too.
I could probably get used to having to be social. I know I can get the hang of grueling physical work. But murder in the hoophouse? That’s not something I ever want to think is normal, and boy, did it complicate my first season on the farm.

You can read all about Cam Flaherty’s 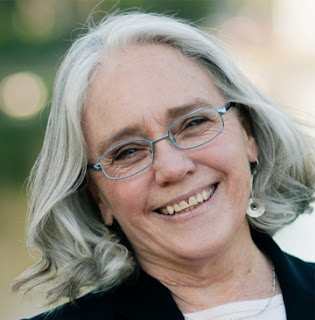 farm, her locavores, her chef, and murder in the hoophouse in Edith Maxwell’s A Tine to Live, a Tine to Die. The first book in the Local Foods Mystery series, it releases on May 28 from Kensington Publishing and is available for pre-order on Amazon and wherever books are sold. You can find Edith at www.edith.maxwell.com, on twitter as @edithmaxwell, and on Facebook as Edith M. Maxwell. Edith’s first mystery, Speaking of Murder, was published under the pen name Tace Baker by Barking Rain Press in September, 2012.