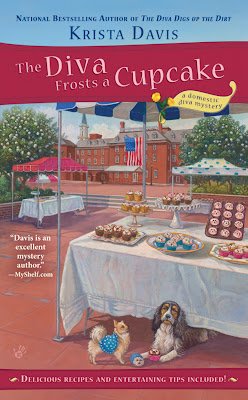 Have you ever fallen for a co-worker? One of my friends used to say not to mess where you eat. Well, she was more crude, but you get the idea. Don't date where you make your money. Keep those lives separate.

There's a fellow at the mortuary where I work that just makes me tingle, right down to my toes. I've tried to be friends. I've tried to make sure I take my lunch break when he takes his. He's so smart. Doesn't that turn you on? There's just nothing quite as sexy as a guy with a brain. Like those fellows on The Big Bang Theory!

The thing is, I do hair and makeup at the mortuary. It's not like I'm going to meet anybody that way!

Another fellow hangs around a lot. I know he's interested in me, but he's just creepy. I do my best to turn him off! I'm afraid he's chasing away the brainiac guy.

What's a girl to do? I don't want to lose my job, so I can't come onto him at work. My mother thinks it's wrong to ask a guy out. There's a fancy dinner coming up for the Cupcakes and Pupcakes fundraiser. I bought two tickets, and let me tell you -- they weren't cheap! Mom thinks it would be wrong of me to ask Humphrey to be my date. Isn't that a cute name? Humphrey . . . sounds so macho and romantic.

Is it wrong to ask a co-worker to the dinner?
Submitted by Krista