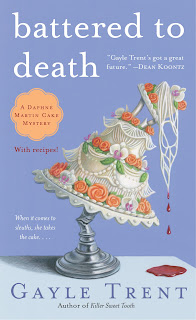 If you want to see me get really angry, mistreat a child. They're so vulnerable and innocent....

Let me back up. My name is Molly. I have an eleven-year-old son named Alex. He has a mild form of autism called Asperger's Syndrome. He has some trouble communicating with others, socializing, and controlling his behavior. Unlike classic autism, children with AS tend to have an average or above-average IQ, and they often have a knack for mechanical things.

Alex's gift is with decorating cakes. He makes these beautiful creations—especially for a child his age—and he adds little touches like lights and movement.

He quit decorating for a long time, thanks to Chef Jordan Richards. Chef Richards was judging a cake competition Alex had entered, and he accused Alex of cheating. Poor Alex had a complete meltdown. He knocked the cake off the table and then turned the table over, destroying the other two cakes that were on it in addition to his own. He ran screaming from the room, and he hadn't been interested in cake decorating again until he met Daphne Martin and her niece and nephew, Leslie and Lucas.

See, we came to Brea Ridge for a cake competition--not because Alex was competing, but because I'd learned that Chef Richards was going to be there. I had a video of Alex making the cake that Chef Richards had said Alex could not have created on his own, and I wanted to show the video to Richards and make him apologize to my son. I thought that might give Alex his confidence back.

But, wouldn't you know it? Someone killed Chef Richards before the first day of the competition! I don't know who it was...but I'd bet you dollars to donuts that it was somebody's mom.

I felt that even if he truly believed my child had done something wrong, Chef Richards could have gone about it differently. He didn't have to humiliate my son in front of everyone at the competition. Child or not, everyone deserves that courtesy.

So what makes your blood boil?
Submitted by Gayle