Making Pies with Clara and Maggie

Making Pies with Clara and Maggie
from Plum Deadly
by Ellie Grant
www.elliegrant.net

It's hard not taking my anger out on SOMETHING! It wasn't bad enough that I lost my job because people thought I'd stolen money from the bank I worked for. Now they think I may have killed my ex-boss.

"I know, but you shouldn't make any food while you're angry. It can give the people who eat it indigestion."

Aunt Clara is a wonderful woman. She and my Uncle Fred raised me after my parents were killed in car wreck. I left home to find me, and instead, I lost something. It was almost too late before I realized it.

Now I'm back in Durham, North Carolina where I grew up. I'm helping her run our family pie shop, Pie in the Sky, near Duke University. It's been a hard adjustment, but it's been worthwhile. I never knew I could make pie crust!

Considering that my signature dish before this was microwave mac and cheese, I think I'm doing pretty good.

Anyway, I think my life has changed for the better. I met a nice newspaper reporter who says he can help me prove I'm innocent.

"He's such a wonderful young man, and a very good writer!"

If I can find a way to show everyone that I'm not a thief or a killer, this might all work out for me.

"Of course it will. Get the blueberries and let's make some Bountiful Blueberry pie for tomorrow. We had some nice lemons come in for Lotsa Lemon Meringue pie on Thursday. I wonder what the mystery pie is going to be for next week?"

Gotta go. Pies are ready to come out of the oven. They smell great, don't they?

Plum Deadly
Book #1 in the Pie in the Sky Mysteries
from Ellie Grant and Gallery Books
www.elliegrant.net 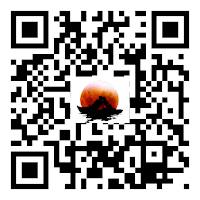