Just a Bit of News 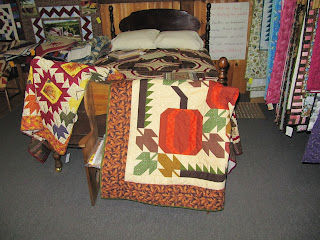 Everything in Rolling Brook has gone upside down and sideways since Angie Braddock moved here and took over her aunt's quilt shop, Running Stitch. We’ve have had nothing but surprises! Of course, the most startling has been the murder of Joseph Walker. You can read all about it in Murder, Plain and Simple (now available at a bookstore near you!)

I’ve seen more police in the last few weeks than in all my life. In particular, we have seen a lot of Sheriff Mitchell in Rolling Brook, but mark my words the sheriff isn’t just coming around because people are dropping dead. He’s sweet on Angie. Why wouldn’t he be? She is adorable with all that wild curly blond hair and quick smile.

We, the other ladies in the quilting circle and me, just hope Angie will get over her broken heart long enough to notice. That Ryan fellow, who dropped her like a hot potato in Texas, doesn’t sound like the dependable, sturdy type that Angie needs to balance her free spirit. It’s my belief a reliable Amish gentleman would be just what she requires, but then Angie would have to become Amish. We all know that will never happen. For one, she would have to give up her cowboy boots. Amish ladies do not wear such outlandish footwear.

If an Amish young man is not an option, I’d say that Sheriff James Mitchell is the next best thing. The ladies and I have been plotting to get those two together, not that it’s been very difficult. Angie seems to have a knack to get tangled up in murder, and it’s always the sheriff who meets her at the crime scene. 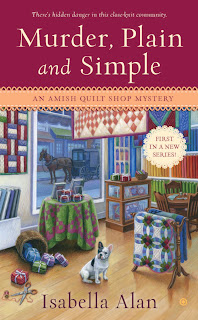