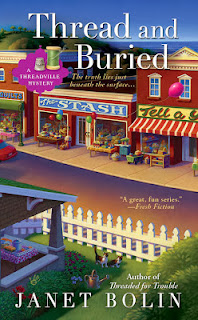 by Willow Vanderling from the Threadville Mystery series by Janet Bolin

We were surprised at the popularity of the birthday parties we held in Threadville. The children, usually girls, came to our shops in Threadville and made crafts they could take home, and then they all trooped off to Pier 42 for birthday cake and ice cream. We’d figured they should do it in that order so they could concentrate on their crafts before they were stuffed with sugar. Also, they were less likely to be sticky in our shops.

We tailored the parties to suit the birthday girls, giving them an hour or two, depending on their ages, to complete something they could take home for themselves.

At Batty About Quilts, they created simple quilted tote bags, cases for their handheld devices, or book cover.

Creating beaded necklaces and bracelets was very popular at Buttons and Bows, though many other things could be created from the many notions sold there.

At Tell a Yarn, they could learn to knit or crochet.

At The Stash, they could make a pillowcase or stitch a vest incorporating a quilt block they’d made at Batty About Quilts.

And at my shop, In Stitches, they could use our fabulous machines to embroider a monogram or simple design.

Today’s birthday girl was Diana, and she was ten. One of the youngest kids in her class, she was also one of the smallest at the party.

I had cut scarf sized pieces of fleece. Half of the kids were monogramming them while the other half were tracing around each other’s hands to make patterns for fleece mittens.

The other kids laughed when Diana cut hers out without the seam allowance. “It’s stretchy,” she told them. And she stitched them.

But they were too tight. I saw her bite her lip, trying not to cry. I told her to try again. This time, she made mittens that fit her. 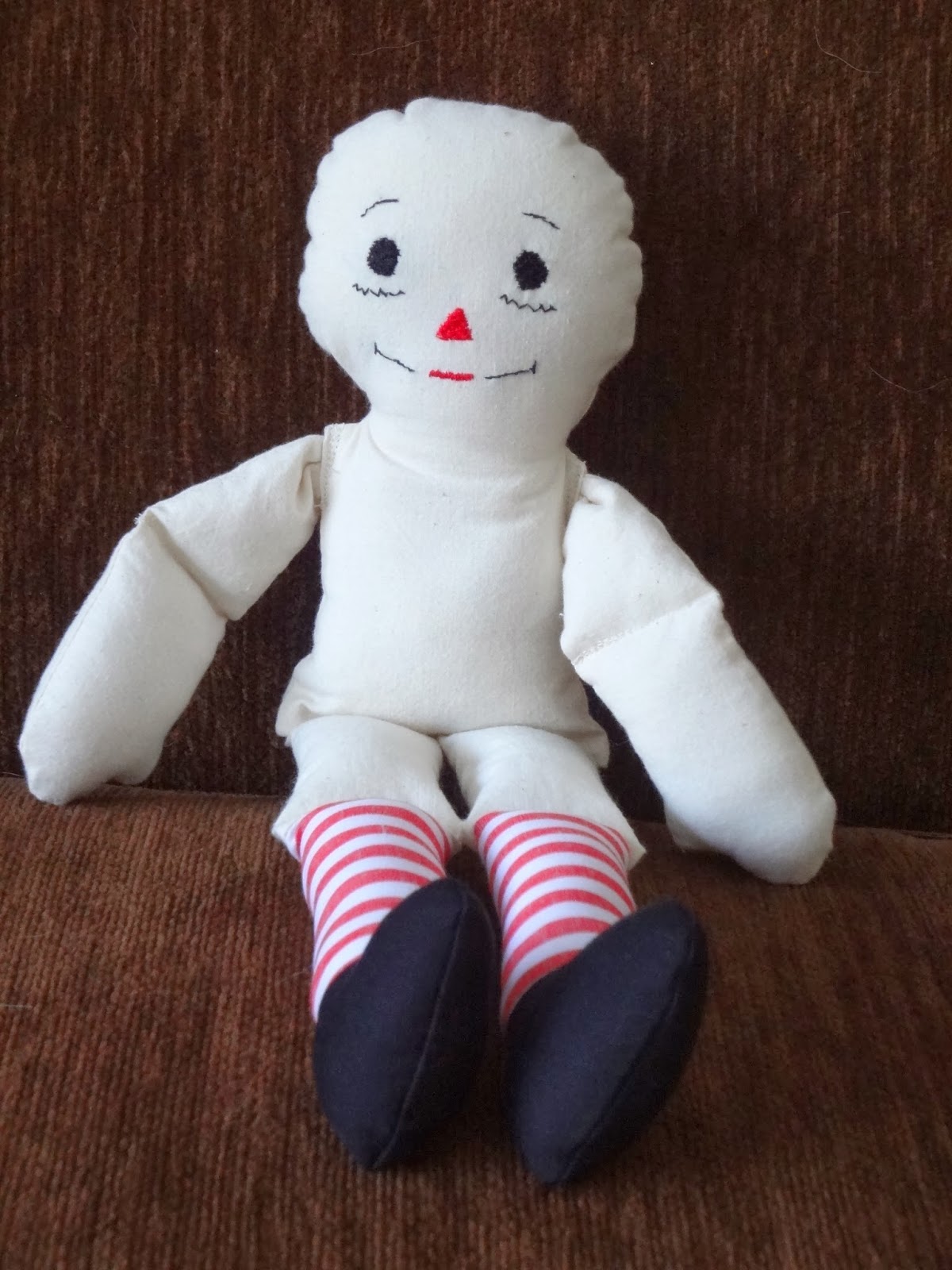 It was almost time to go, and the girls were putting parkas on over their party dresses and admiring each other’s scarves and mittens when a woman came in with a bundled up baby in a stroller and a less-bundled-up toddler clutching a half-naked doll.

Soon it became clear that the woman was not there to pick up one of the partygoers. I wasn’t sure why she was there. The toddler’s bare face and hands were red, and a tear had not yet been wiped away from a chubby cheek. She smiled though, and held out the doll for the older girls to admire. “Dolly’s cold,” she said. “We came in to this pretty place because Dolly’s cold.”

Diana ran to the back of the store where she’d left the too-small mittens. “Here,” she said. “Hold out your hands.” The little girl did, and Diana slipped the mittens on her hand. Diana beamed up at her own mom. “See? They fit someone. This is the best birthday ever.”
Not knowing what colors each of the partygoers would choose, I’d cut out extra fleece scarves. I helped the toddler wrap one that just happened to match her new mittens around Dolly.

The toddler’s mother seemed embarrassed. Wordlessly, she took the sleeping infant and her happily chatting toddler outside.

Diana’s mother insisted on paying for an extra child. She looked a little weepy. “Diana was premature, and for a long time, we didn’t think she’d make it. But what a difference ten years later!" And then she thanked me, as if I’d had a hand in her daughter’s long-ago survival.

Did you ever say or hear someone say that this was the best birthday ever? What about that birthday made it special?


You can read about how Willow solves a murder in the latest Threadville Mystery, THREAD AND BURIED, available from these booksellers. Read the first chapter here.

And have you heard the fun title for the fourth Threadville Mystery? It's NIGHT OF THE LIVING THREAD, and it's coming out June, 3, 2014. There could be zombies . . .
Submitted by Janet Bolin