Do Bad Feelings Have A Name?

By Rags, the Ragdoll cat
From Days of Wine and Roquefort, the 5th in A Cheese Shop Mystery series
By Avery Aames aka Daryl Wood Gerber 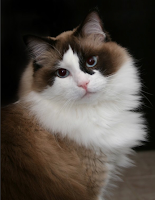 My human, Charlotte Bessette, has been very sad lately. Her cousin Matthew and his twin girls and my pal Rocket (the French Briard) moved out of the house after Matthew got married, and it's been very quiet here. Of course, Charlotte doesn't like to be idle and she refuses to be sad for long. She has tons of things she has to fix in the old Victorian home she owns, so she's started in on her to-do list.

She's turned the office upside down. She took away my nice soft carpet and covered my comfy chairs and all the floors with hard blankets. She calls them tarps. She moved the old desk into the garage, and big surprise, she found some paper in a secret drawer. She started crying the moment she found the paper. She calls them letters. She said if she spent too much time reading them, she wouldn't get anything done, so she stored them in a box that burps. She calls it Tupperware.

She lets me watch as she sands the table. I don't like the sound of the sander, but I like watching her when she's quietly buffing one of the legs of the desk. It was an ugly brown color. Painted with icky paint, she told me. It has to come off. Then she's going to make the desk pretty and natural, just like me.

She's also invited a woman to stay in the house. A friend of Matthew's. A sommelier, whatever that is. I think it has to do with wine. She's very nice. I met her. I really liked her boots. I nosed them and the woman said I was the cutest thing ever. However, I have a bad feeling about her coming to visit. I'm not sure what the feeling is. But it's something.


Do you ever get a bad feeling about something but you can't quite put a name to it?

As part of Killer Characters' "Season's Readings," I'll be picking a winner to receive A CHEESE SHOP MYSTERY - your choice!  Please leave your email address with your comment.

PS From Rags:  The rest of my story will be told in February. But I also want you to know about another story. 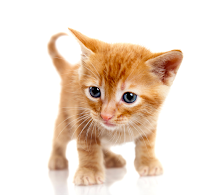 My Facebook friend, Tigger—he's a ginger cat and lives in Crystal Cove, California with his human, Jenna Hart; she runs a culinary bookshop and café—he has a story to tell in March. Check it out. 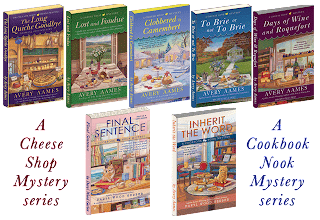