Holidays, or Why I’d Rather Have a Root Canal 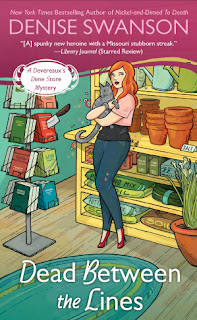 Any holiday gathering from the Fourth of July picnic to Easter dinner has the potential for disaster, and my hometown of Shadow Bend hates to see any wasted potential. I often wondered why the folks around these parts seemed incapable of having a get-together that doesn’t end in catastrophe, then I realized it was due, at least in part, to the parent-adult child relationship.
This complex bond allows two fully-grown individuals to go from each other’s biggest supporters to each other’s biggest pains in the rear end in five point two seconds. A parent and adult child can be having a loving conversation that results in one of them stomping out of the room boiling mad a nanosecond later. The urge to be with your parents can be a visceral craving, but it can also be the one visit you would give up chocolate to avoid.
Twelve years ago, my dad went to prison and my mother dumped me on my grandmother’s doorstep then took off for California so I haven’t had to deal with the same issues many of my friends have had to endure. My Gran is pretty cool about my independent streak, but several of my pals moms and dads are darn right controlling. They all want what is best for their daughters and sons—but it’s what they consider is best for them, not what their son or daughter thinks. This can result in a bizarre scenario where an otherwise sane, adult yells, “You’re not the boss of me.”
Take the previous Fourth of July picnic. The ambulance would never have had to be called if my friend Poppy’s mother hadn’t said, “Is that how you’re going to chop the onions?”
Her immediate reaction was, hell yes, but out loud, she said, “I was. Why?”
“Well, it’s up to you, but I’d dice them,” her mother replied. “Everyone will think you bought them that way if you leave them in big chunks like that.”
After hearing how she had come to cut the tips off of three fingers, the EMT who was bandaging Poppy’s hand, said, “That’s exactly why I volunteer to work holidays.”
Major holidays like Thanksgiving are worse. I remember a friend of mine telling me that once she ended up asleep under the dining room table after eating all the rum-soaked fruit from the punch bowl on this family celebration.
She was thirty years old at the time, but when she had picked up her mother to go to the family dinner, her mother had said, “You’re not going to wear that are you?”
“Well, I sure don’t have a change of clothes in the car,” my friend snapped.
“It’s just I asked your cousin to bring a friend of his and that outfit isn’t the most flattering.”
Eek! A twofer. Not only did her mother imply she looked bad, she had set her up for a blind date.
Which leaves the big daddy of all holidays, Christmas. Who knew a gift could result in a visit by the fire department? My friend Boone is an extremely competent man and I had rarely seen him ruffled, but several years ago on this particular holiday, he called me close to tears.
It all started when he gave each of his parents their own computers for Christmas. His folks hadn’t spoken to each other in a long time and he was tired of being their translator. He figured with a computer they could communicate via e-mail.
He had planned to teach his mom how to use the Internet first, then tackle his dad. After trying to convince his mom that, no, she didn’t have to hold down the button on the mouse to make it move, and that yes, the computer uses the telephone line, but no she did not have to hold the receiver up to the monitor, more complications arose.
Boone’s mother developed an irrational fear of pop-up windows, and freaked out when the little arrow turned into a hand. But what sent Boone over the edge and resulted in him meeting the new fire chief was when his mom accidently strayed into a porn site. His mother got so flustered she insisted on immediately going to confession. While his mother was gone, Boone realized she wasn’t ready for the technical age and decided he had better take the computer back and exchange the gift for a nice bathrobe.
This next part isn’t real clear to me, but for some reason Boone put the laptop in the oven—she said he knew they were going out to eat and he wanted to hide the computer from his mom and it was too cold outside to put it in his car. When his mom got home from church, Boone was de-stressing in the bathtub and his mother decided to bake him some cookies.
The fire chief was really nice about the whole thing. He said that he had moved from Georgia all the way to Missouri, to avoid situations like this with his own mother.
The parent-adult child relation is already weighed down with powerful feelings, adding an emotionally charged holiday get-together to the mix is just a fire alarm waiting to go off. And while Christmas may be over, Easter is just around the corner so be careful out there.
How do you feel about holidays with your family? Thumbs up or thumbs down?