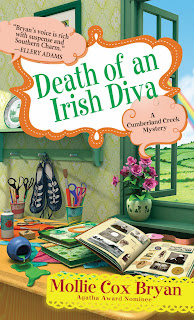 DeeAnn has gone quite pie crazy! She’s lived in Cumberland Creek for much longer than I have—about thirty years. (And she’s still considered an outsider.) But she’s an outsider who can bake and has made her living that way for year with her own bakery, which endears her to the locals.
But I’m really getting worried about her because she’s so focused on this upcoming pie competition at the local fairs that she’s let some other things go at the bakery. She’s even letting her intern do more vegan baking, which is not bad, surprisingly enough.  While DeeAnn is experimenting with pie fillings, flavors, and crusts, her intern is creating quite a clientele with her vegan cookies.
But that’s not why I’m concerned. I just concerned because it seems to mean to her. Though she probably is the best baker in the town, she has never won the competition. This can take up a whole evening of conversation, if we let it. Many theories abound as to why DeeAnn has never won the contest. I worry about if she loses again—how will she take it? And I also worry about why it’s so important to her. I mentioned that to Paige, and you’d have thought I committed a sin. “That contest is highly respected locally and statewide, I’ll have you know. It’s been going on for 50 years.” Well, how about that? No matter why it means so much to DeeAnn, I sure hope she wins.

If you want to know more about the pie comptetion and how it turns out check out SCRAPPY SUMMER, which will be released May 27.