White for Spring, White for Autumn... 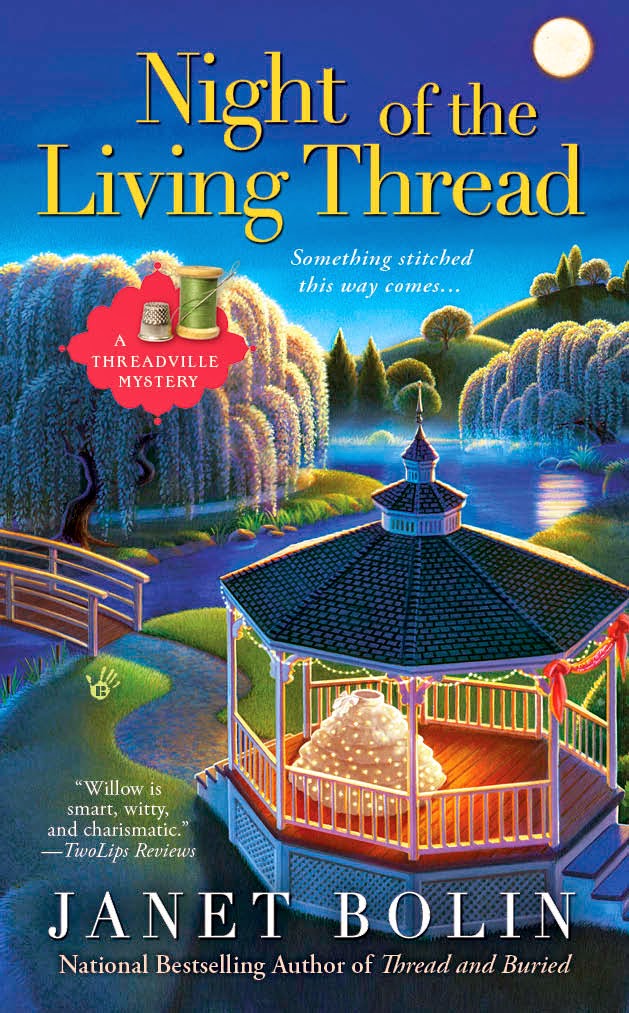 In Threadville, we're thinking white these days, not only because of this week's snowfall... 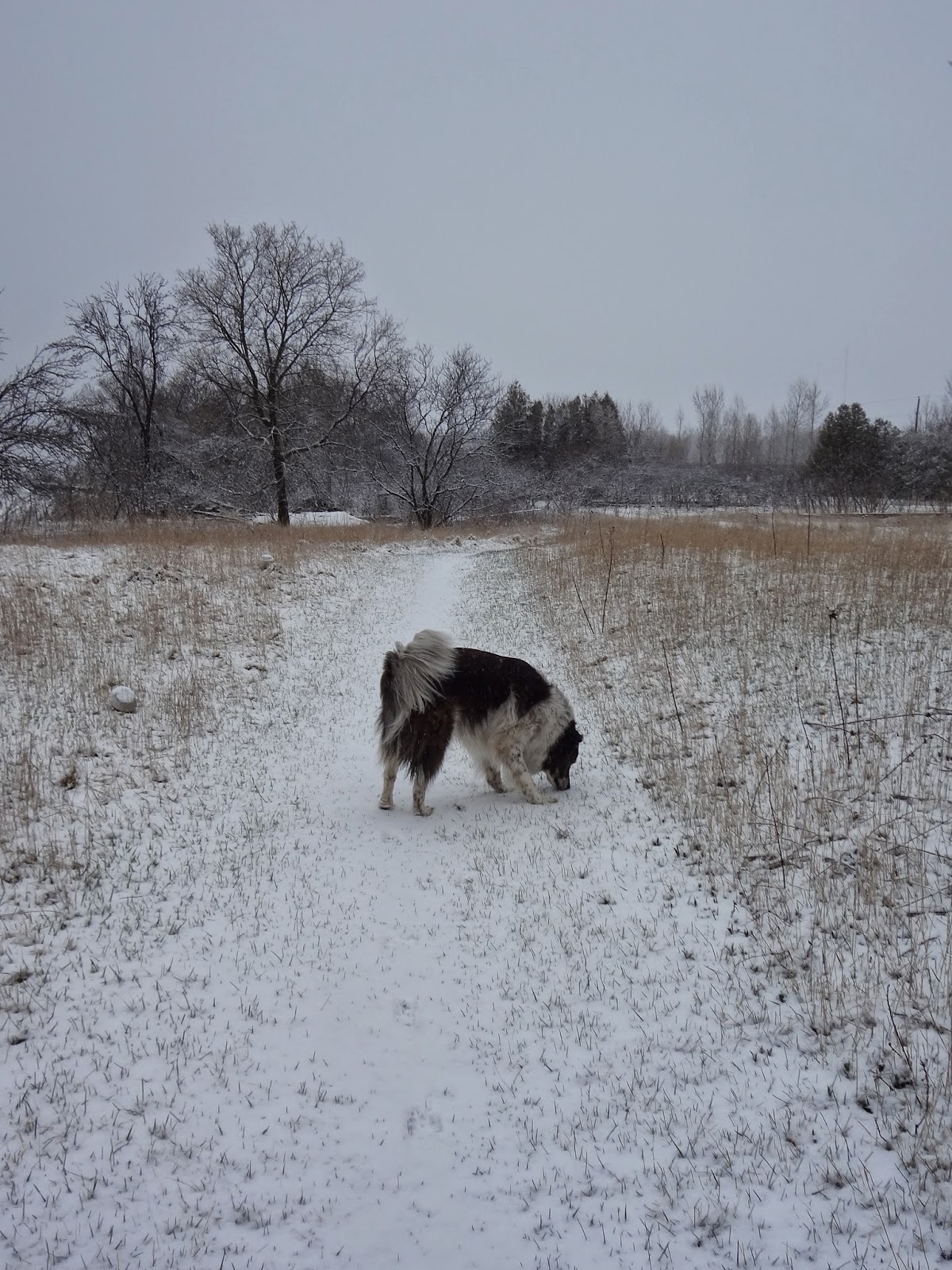 Okay, I know, most of us don't want to think about or remember that sudden unseasonable storm, and besides, the weather's supposed to be nice again today, right?

And this white stuff that Tally-Ho is sniffing will be gone, won't it?


In Threadville, we're looking ahead to early October, and more white, but not the white of snow. We're looking forward to white thread and everything that can be created from it.

Edna, the owner of Threadville's notions shop, has scheduled her wedding. She loves the pure blue of mid-western afternoon skies in October.

Edna also likes every sort of bright and shiny embellishment that anyone might think of adding to a wedding gown. We've talked her out of many of them, and the dress she's making and decorating for herself will probably be restrained--for her, at least. 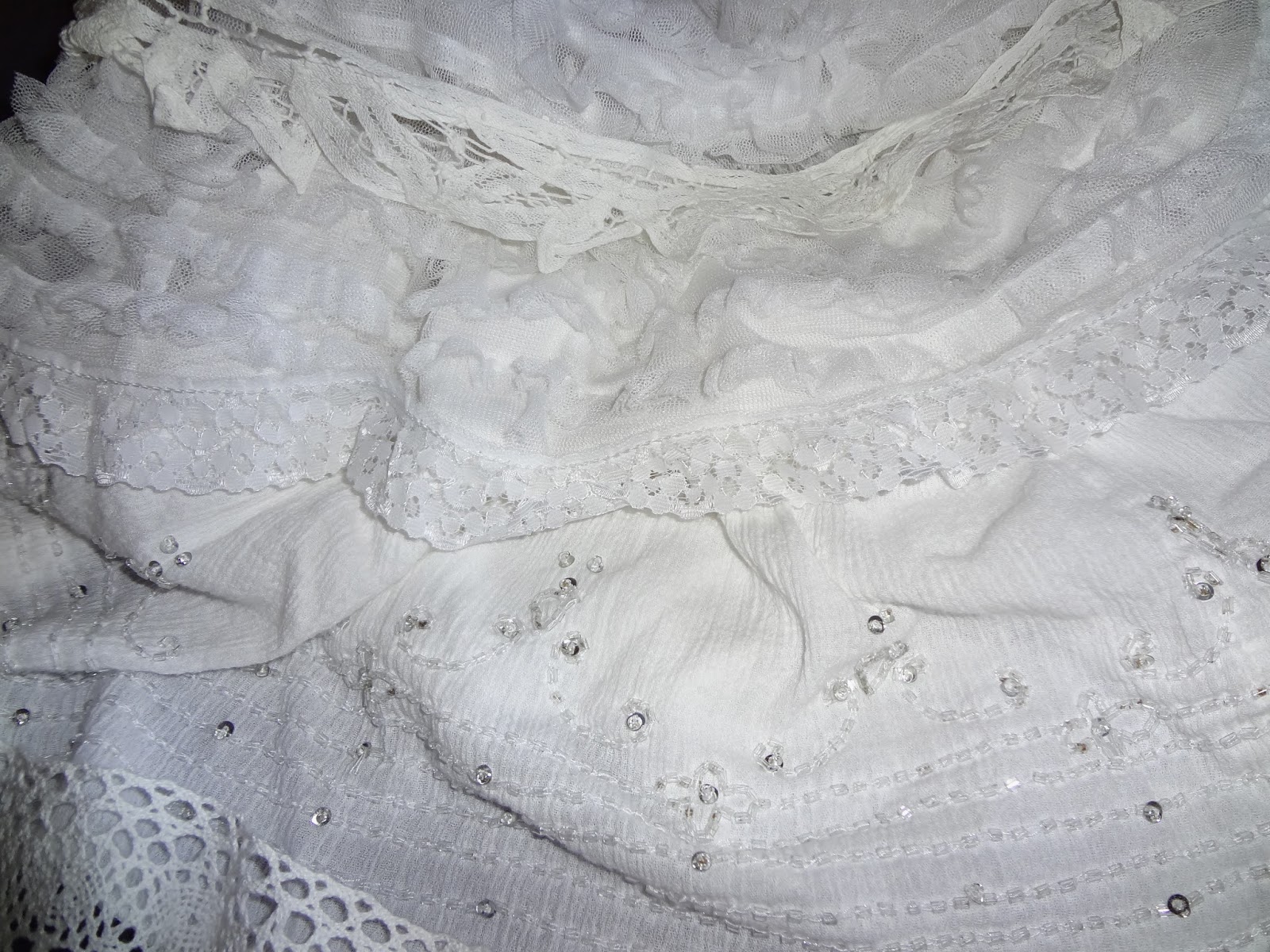 But we'd like Edna to have everything. She doesn't know that the rest of us are making her an giant hoopskirt she can wear over her wedding gown. We'll trim it with lace, flounces, sequins, crystals, embroidery, crochet, and even some quilting. With the help of this guy I really like, Clay Fraser, we'll wire it for lights and sound. Edna will either laugh at it or love it, and we hope she'll do both.

We're a little concerned about the date she chose for her wedding, however.

That's also the weekend we're hosting the Threadville Get Ready for Halloween Craft Fair, which means we'll have extra people in the village. And what she also didn't know was that a bunch of people had already booked the local inn for, of all things, a zombie convention, only they're calling it a Zombie Retreat. I'm not sure what zombies would need to retreat from.

Because of the craft fair and the wedding, many people in Threadville will be hosting houseguests. Maybe we'll be the ones needing a retreat...

"The more the merrier," says Edna.

Have you ever helped plan something that got completely out of control?

Janet Bolin is the author of the THREAD AND BURIED, THREADED FOR TROUBLE, and DIRE THREADS.

You can read about how Willow follows an undulating trail of glow-in-the-dark thread, unravels ancient Egyptian curses, and creeps through a haunted graveyard to unearth a killer in NIGHT OF THE LIVING THREAD, arriving in bookstores June 3 and available for pre-order at these booksellers. Read the first chapter here.
Submitted by Janet Bolin