A Medal for the Killer

For the months of June and July, Killer Characters is having a Cozy Reads of Summer Giveaway! Leave a comment and you could win a signed paperback or an e-book! Winners will be selected each day! 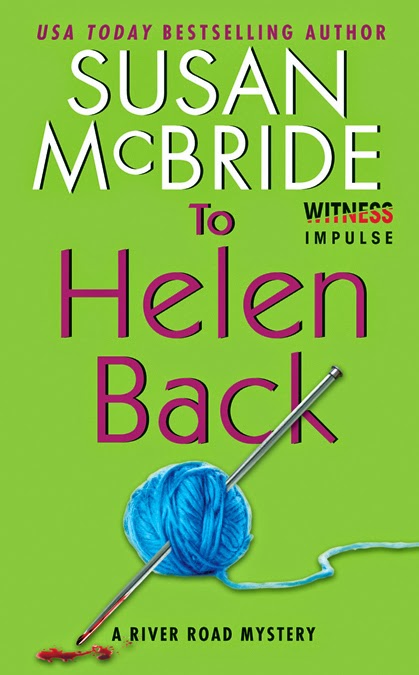 My name is Helen Evans. I’m a 75-year-old widow and grandmother of nine with a tomcat named Amber (my granddaughter, Nancy, found him and named him that because of the color of his eyes). Fifty years ago, my husband Joe and I moved to tiny River Bend, Illinois, because it was such a lovely and safe place to live. Nestled between the bluffs along the , it’s an hour from and a hop, skip, and jump away from ; but it’s galaxies away from the big city in most respects. Or at least it had been until Milton Grone was murdered.

All right, so wasn’t very well liked. He treated his first wife and their kids rather shabbily, and he isn’t doing much better with his second wife. He sold a pristine parcel of land adjacent to River Bend to a water park—land that his father had promised to the town. His next-door neighbor, my dear friend Felicity, had to endure ’s nastiness for years, including his taking pot-shots at her kitty with his rifle. He’s never paid his community dues, which riles the town’s board to no end. Even the minister has a beef with him. And if the local minister doesn’t like you, who does?

I’m sure everyone in River Bend would agree that Milton Grone was a lost cause (honestly, most in town feel the killer deserves some kind of medal), which is probably why Sheriff Biddle didn’t seem in such a hurry to find who did it. Instead, he fixated on sweet Felicity, who wouldn’t hurt a fly, simply because it was her shovel that did Grone in.

So what was I supposed to do? Sit idly by and watch my friend get arrested for a murder she didn’t commit? Hardly!  Not that I’m a busybody, but I do keep my nose to the ground. It’s hard not to when River Bend has its fill of gossips (yes, I’m talking about you, Clara Foley!). I love mysteries, puzzles, and crosswords. They keep my mind from rusting like old patio furniture. Putting two and two together where Milton Grone’s murder was concerned didn’t take as long as one would imagine.

I just had to keep my eyes open and see the things that no one else was seeing (or was it that they really didn’t want to look?).

Susan McBride is the USA Today bestselling author of Blue Blood and four other award-winning Debutante Dropout Mysteries. A sixth in that series, Say Yes to the Dress, will be out from HarperCollins/Avon in 2015. To Helen Back is the first of her River Road Mysteries from HarperCollins’ Witness Impulse imprints with Mad as Helen to follow in late July and Not a Chance in Helen in late September. Visit her web site for more scoop!