Is it the end of our friendship? 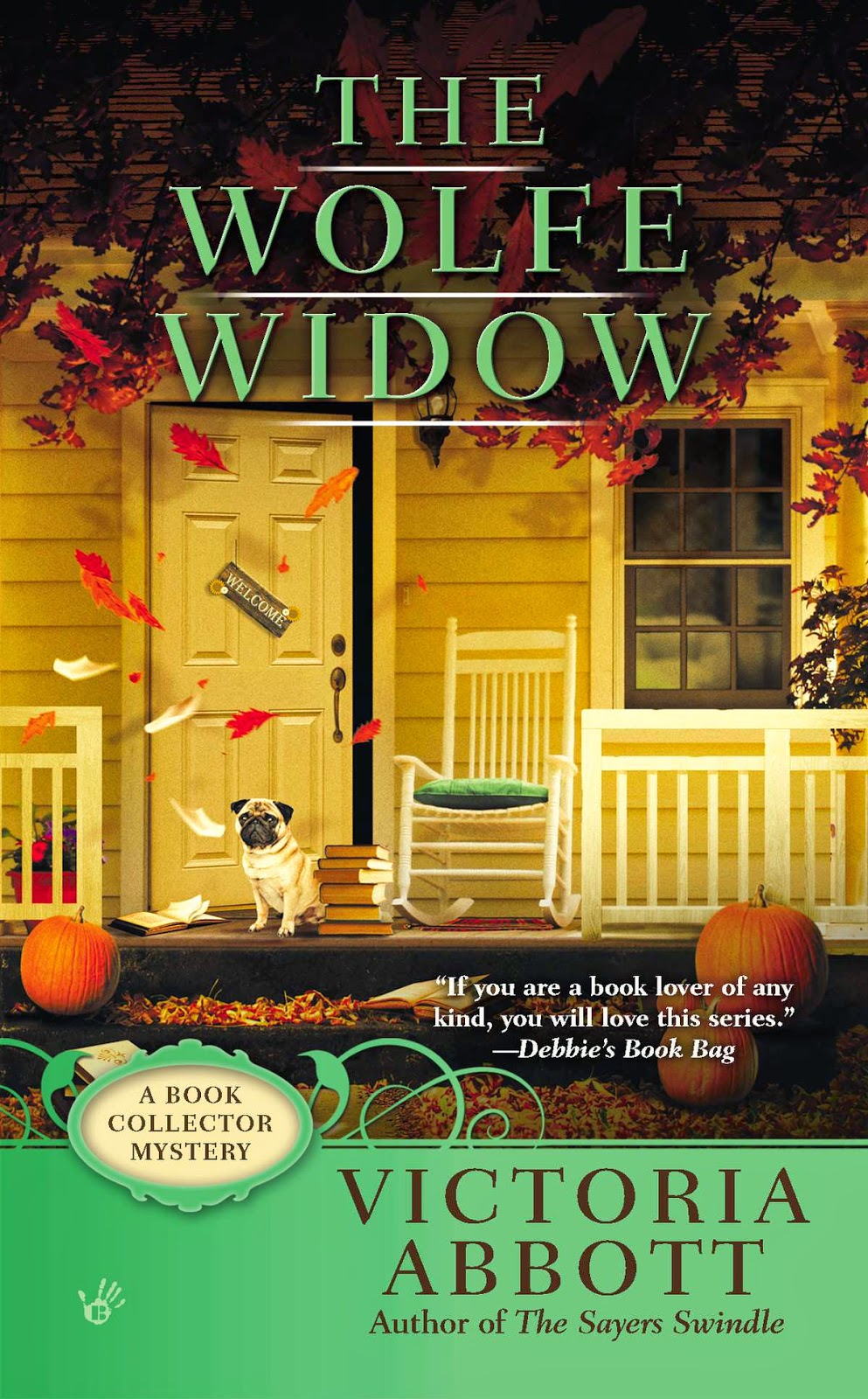 I know people must wonder what it's like to be best friends with someone like Jordan Bingham.  Well, it's never boring, I'll tell you that.  I'm not even sure how a woman who spends her time looking for vintage clothing and rare first editions from the Golden Age of Detection manages to end up in so many life threatening situations. Initially, I had almost suggested that taking the job as Vera Van Alst’s researcher and living up in that old mausoleum of a mansion was going to bore her to death. After all, Jordan is the first person in her family to go straight. She’s used to living on the edge. Little did I know she'd be taking more risks than I ever did as a nurse on the northern pipeline or volunteering in Africa. Even my job nursing in the Intensive Care Unit isn’t as ‘life and death’ as Jordan’s  book collecting  life.

Our mutual best friend Lance, the librarian, had promised to keep an eye on Jordan when I was away last, but he can't resist the opportunity to play detective either! Although, you can't really call it "playing" when you end up being shot or tripping over a dead body.

I used to be the one who swanned off on risky adventures but I must bow down to the queen of excitement, Miss Jordan Bingham.  She would find a perilous mystery (or a dog in need of rescuing) in a broom closet. Since we met in college, there’s never been a dull moment with my bestie and that's what I love about her.

Now Jordan’s just lost the job she loves and she has to slink back home to Uncle Mick’s.  I know she’s worried about this terrible woman she calls The Wolfe Widow who has moved into Van Alst House and seems to have taken over Vera’s life  Jordan is afraid for Vera’s life and her only allies is Uncle (I don’t know why that thing blew up) Kev. Even Walter the Pug is scared.. 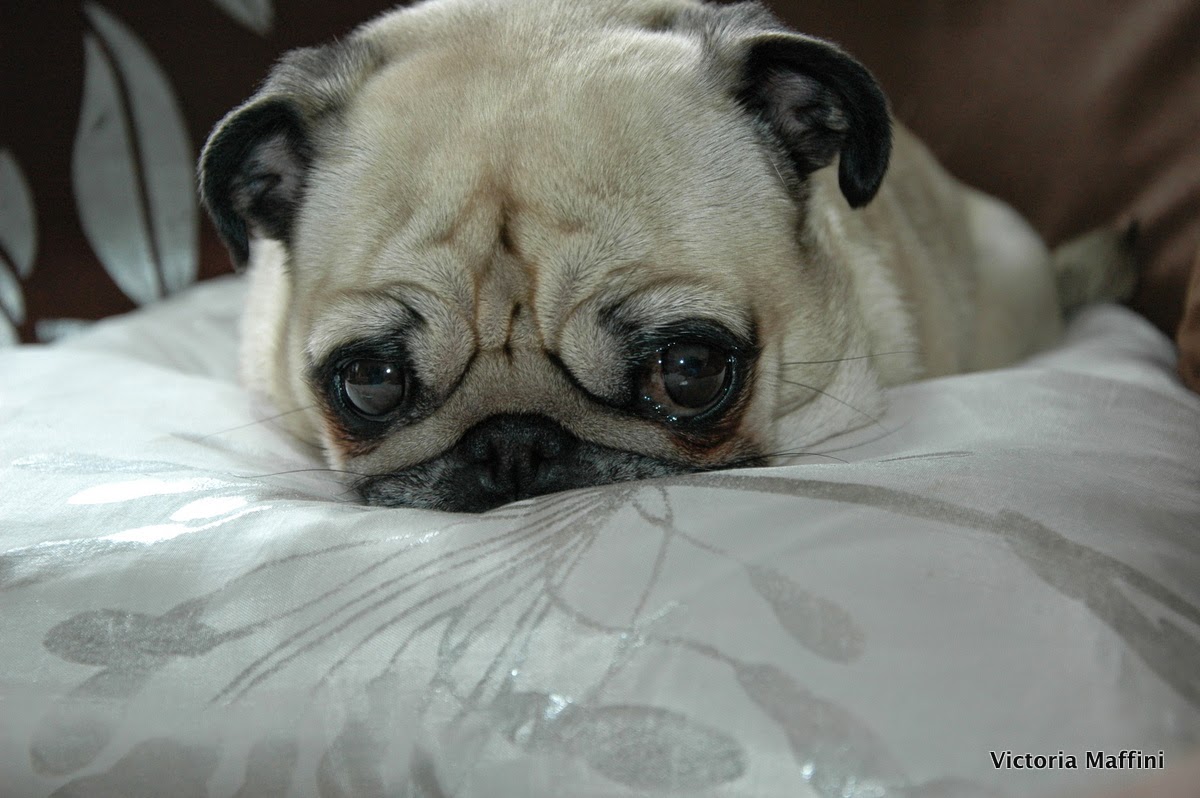 But this time I can’t be there for her. And I can’t tell her why.  I have a secret and it’s killing me, but I have to leave her to her own devices. I absolutely can’t confide in her when she’s so stressed.  Plus I need Lance with me.

I hope someday I’ll be able to make it up to her. If I’m lucky. Lucky or not, soon I’ll have to crawl on my knees back to my friend.  Any advice?

Summer is here! During June and July, Killer Characters is celebrating the Cozy Days of Summer by giving away a gift EVERY DAY. Today, you can win a Wolfe Widow Mug (or Pug in a Mug as we call it)  Just leave a comment before midnight — with your email address so we can reach you — to be entered in today's drawing for the Pug in a Mug. 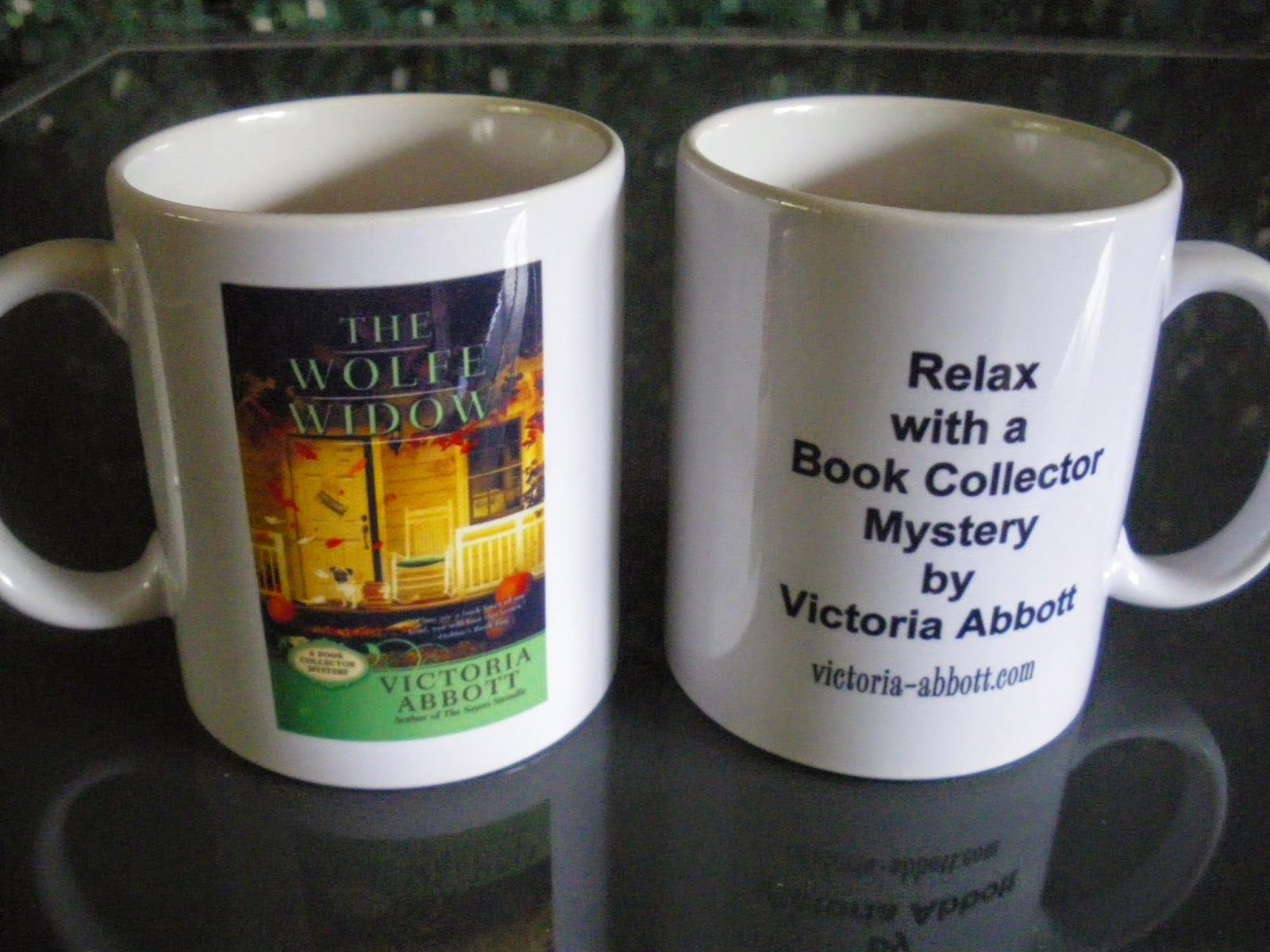 Besides The Wolfe Widow, Jordan and Tiff show up in The Christie Curse and The Sayers Swindle.  Those were the good old days! 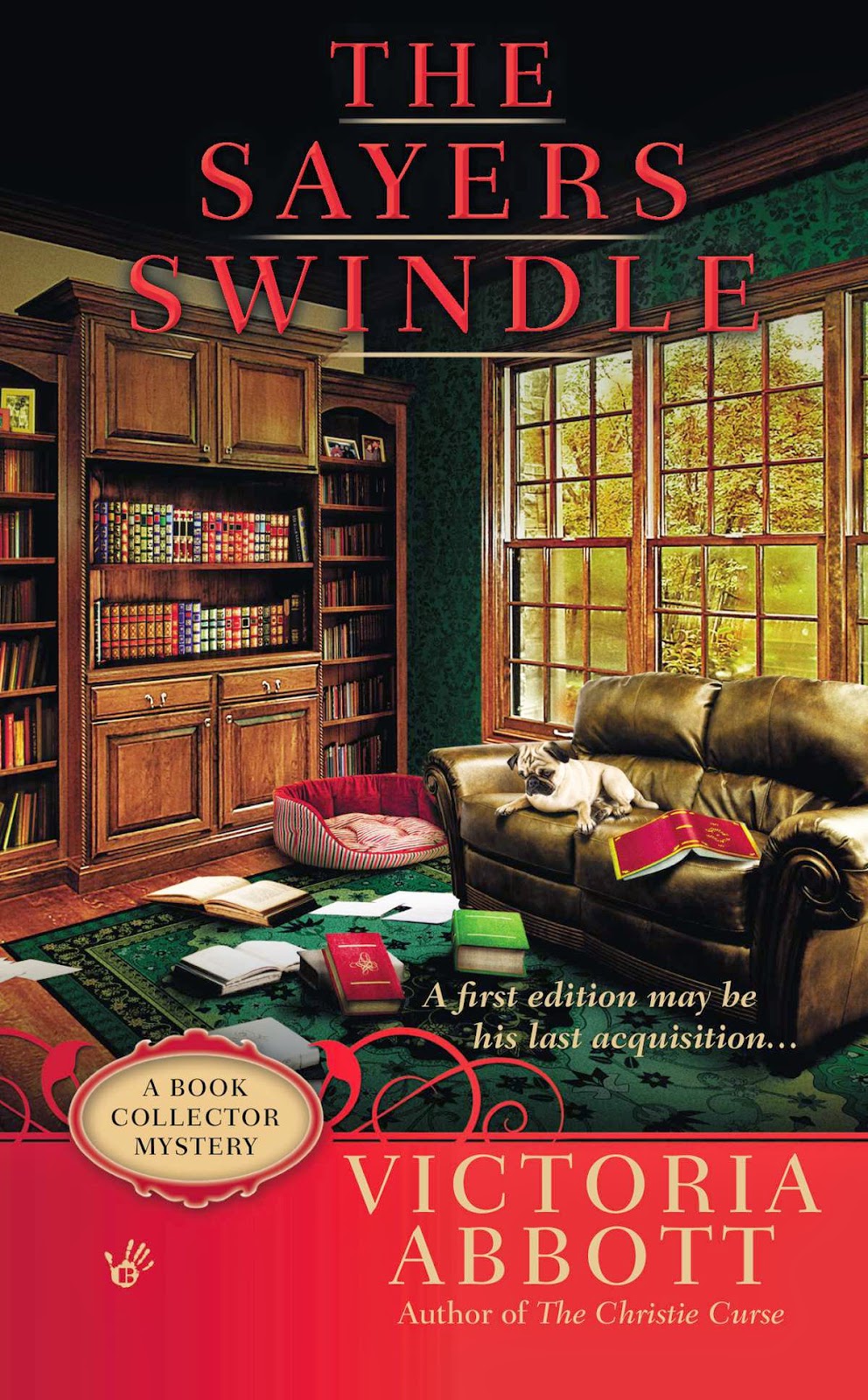 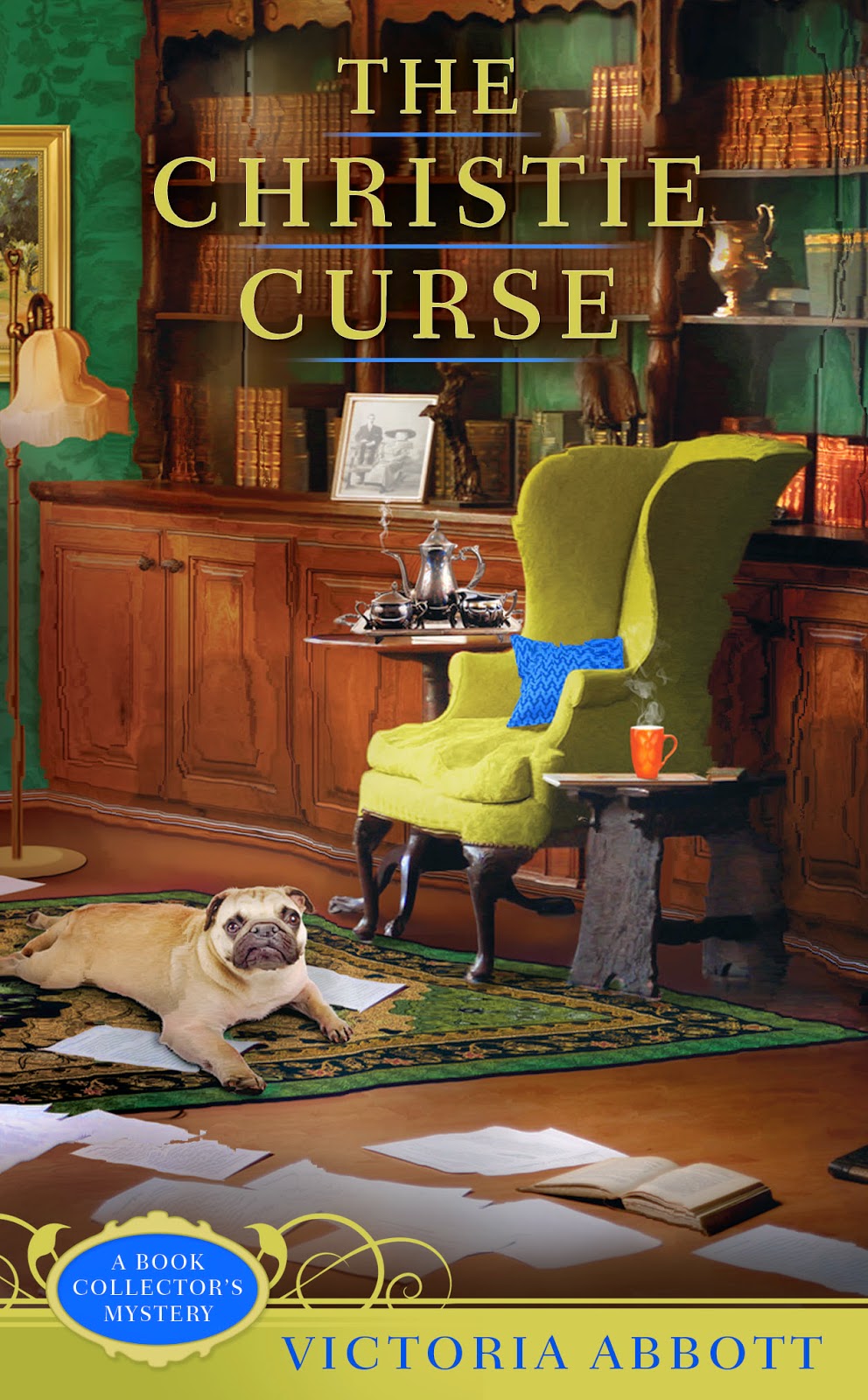