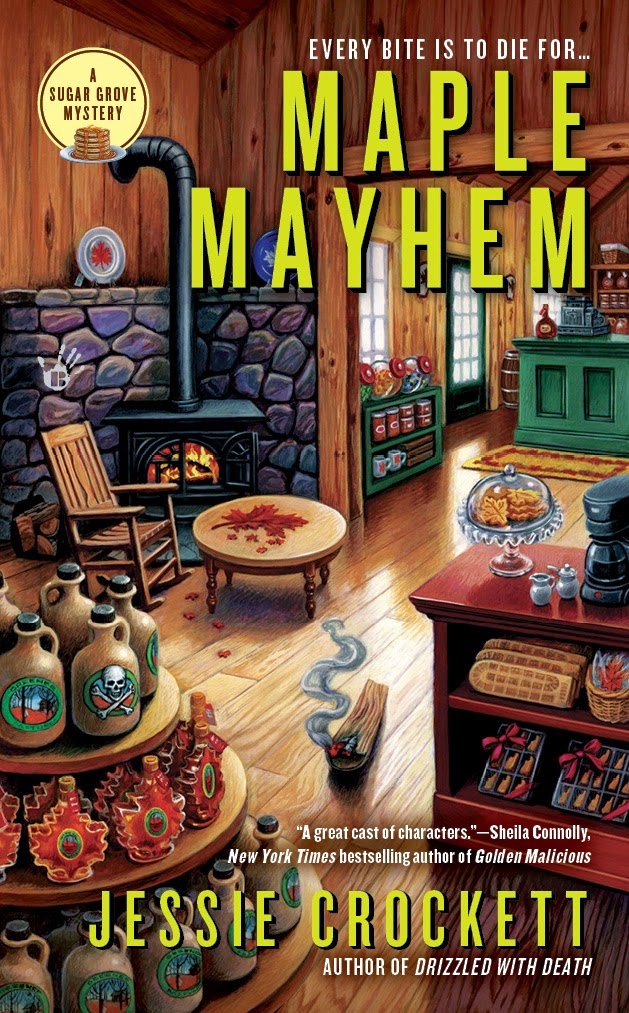 
I'm an old fashioned kind of a man and I make no bones about it. I believe the current mania for change is overrated. Why does everything need to be new and improved? What's so wrong with tried and true, I ask you?

I'm proud to say I live in the house I was born in, I prefer to chew teaberry gum and I'm still in love with my wife after more than fifty years. I don't see why the world gets itself all riled up chasing after newfangled things like five dollar cups of coffee and eighty dollar pairs of sneakers for growing feet.

There is one place where I can see changes being a good thing even if I act like I'm not convinced. Don't tell my granddaughter, Dani, but the types of modernizations she's put in place here at Greener Pastures are some slick. In just a couple of seasons she's taken the family's hobby of maple sugaring and turned it into a profitable business. At first I resisted the idea of using plastic tubing in the sugarbush to collect sap from the trees instead of the buckets and spiles of my youth.

But I've got to hand it to Dani, the amount of syrup we're now producing has increased and the labor needed has decreased. Dani's added a shop to the sugarhouse and is even selling Greener Pastures syrup and maple products all over the internet. It tickles me to the marrow to think about all the places around the country and around the world where folks are trying our syrup because of the world wide web.

I figure as long as the syrup still tastes as sweet as it always has I have no cause for complaint. But I'm still not buying any five dollar cups of coffee.

Readers, which things do you hope never change? Which changes in the world baffle you the most? Which are changes you are happy to see?

Every day in June and July the Killer Characters are giving away books for your summer reading pleasure. Leave a comment by midnight 6/22/14 for a chance to win a copy of Jessie's latest Sugar Grove Mystery, MAPLE MAYHEM. Be sure to leave your email address in the comment to be notified in case you are the winner.