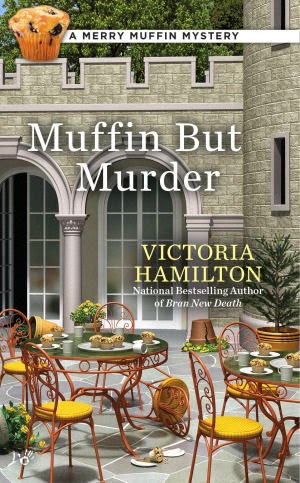 It's a strange life at times. I'm a New Yorker by birth and by heart. I've always loved the city: the life, the hubbub, the drama, the spectacle. So I certainly never thought that at sixty(ish) I would pick up and move to a remote corner of New York state, and end up living in a castle. But I did it, and I'm having the time of my life.

Let me tell you a little about myself and how I came to know my dear, darling friend, Merry Wynter.

Once upon a time there was a girl named Merry... I start her story that way because though she doesn't know it, I've always thought of her as a kind of fairy tale princess, only without the happily-ever-after ending. You see, she met and married my good friend Miguel Paradiso, a talented fashion photographer. I had known Miguel for years; in fact, I started out as his financial adviser, but our passion for travel, opera and classical music forged a bond of friendship between us, as unlikely as it seemed. People say that Spanish men are very macho, and Miguel was that, but he was also tenderhearted, intelligent, and kind. When he began talking to me about this amazing woman he had met, a fashion stylist, I almost groaned. Another industry insider? He had had his heart broken by such women more than once.

But then I met Merry, and she was sweet and smart, a full-figured beauty. Miguel was a big man and favored voluptuous women. But she was more than just beautiful, she was thoughtful. She knew nothing about classical music, literature, opera... all of Miguel's passions, but she was willing to learn. She had an open mind and heart, and she was honest, with herself and with others. That was very important to Miguel, since he had been disappointed in love by women who cheated.

And she was (and is) kind; our friend Shilo Dinnegan was a teenage model when Merry first met her, one of the half starved teenage waifs who populate the industry and usually fall through the cracks, disappearing without a trace to drugs, alcohol or abuse in some form or another. Merry took her under her wing, and as a result Shilo clings to her with a fierce loyalty that touches me deeply.

When Miguel was tragically killed in a car accident after only two years of marriage I thought Merry would die of a broken heart. She struggled for years. Shilo and I tried to fill the void, but nothing really worked until... until she inherited Wynter Castle and moved here. The castle, Autumn Vale, the nearby town, the weird and wonderful folk... they and all that has happened since have filled a void in her life in a wonderful way. It's not the happily-ever-after ending I had hoped for, for my friend, but it is a new beginning, perhaps.

Murder notwithstanding. There is that too, but that has been explained and solved in a different forum than this. (Bran New Death - Merry Muffin Mysteries Book #1 - September 2013)

I'm so proud of her, and in truth, this place, this castle, these people... it has all given me a new lease on life too. There is something about Wynter Castle and Autumn Vale. I know she feels she has to sell the wildly impractical castle, but if there is any way on earth she can keep it I'm going to figure it out. She needs this place, and there is a man here, the town's sheriff, who looks at Merry the same way Miguel did, like she is his beginning and his ending. I'm sticking around at the castle long enough to figure out if he could possibly be worthy of her love, because she deserves to love again. Miguel would want that for her.

And that is the story of my friendship with Merry Wynter. I started out feeling I owed it to Miguel to look after her, but came to love Merry for herself.

So I'm curious... how did you come to love your friends? What makes them special to you? 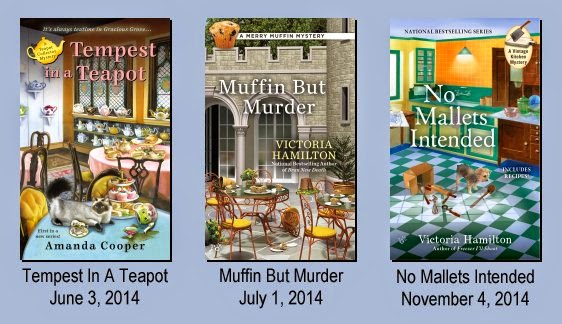 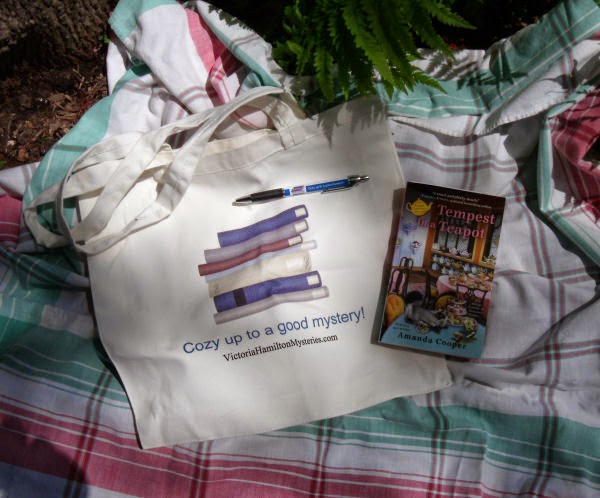 Every day in June and July Killer Characters is giving away books, and sometimes more in our Cozy Days of Summer contest! Comment here to enter to win a prize package containing a cozy mystery book bag, pen, and book. You can choose Tempest in a Teapot, Book 1 of the Teapot Collector Mysteries (written by Victoria Hamilton as Amanda Cooper) or Muffin but Murder, Book 2 of the Merry Muffin Mysteries.


Please note: For the purposes of this drawing today only, entries can be from the USA AND Canada!! 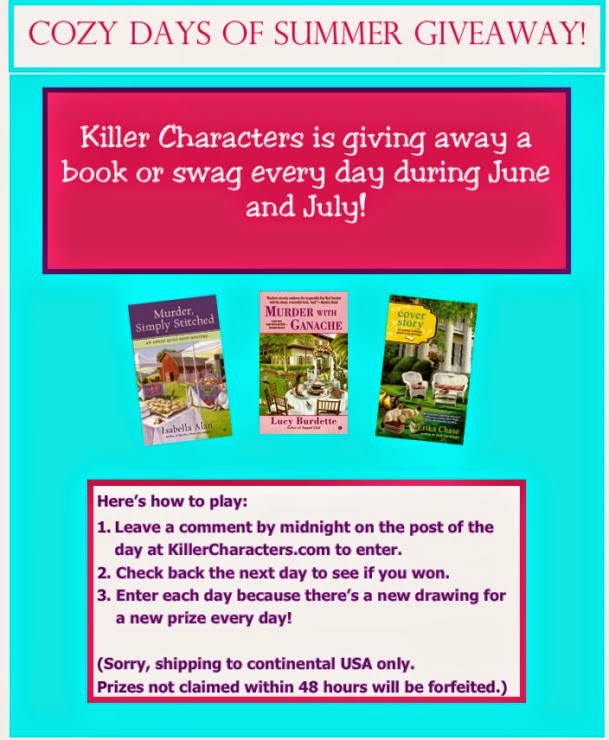