Politics Can Be Murder

The fall is rapidly approaching, and with the fall will come election day. The media is full of politics ads, and you're bombarded from all sides with rhetoric and mudslinging.

When Athena voters go to the polls this fall, they will have to decide which candidate they will vote for in the race for our state senate seat. We have two young men, both hometown boys, who are vying for the election.

Andrew Beckwith Long, known as Beck to his friends, is the scion of one of the oldest and most respected families in Athena. His roots extend back to the early days of Athena, before the Civil War. His mother, Lucinda Beckwith Long, is currently the mayor of our fair town. Beck grew up wealthy and privileged and is the type of All American boy who seems to walk perpetually in the sunshine. He is the odds-on favorite at the moment to win the election.

His opponent is Jasper Singletary whose family has also been in Athena since pre-Civil War Days. The Singletarys, however, have not been all that distinguished, compared to the Longs. Jasper's family is not wealthy and never has been. He is the first in the family to go to college and also to law school. He seems to be an able young man, certainly ambitious, but many wonder if he has a chance against Beck Long. Where Beck walks in sunlight, Jasper seems to hover in the shadows.

It's going to be an interesting race, that's for sure. More mud will probably be slung, and I will be glad when the election is done. 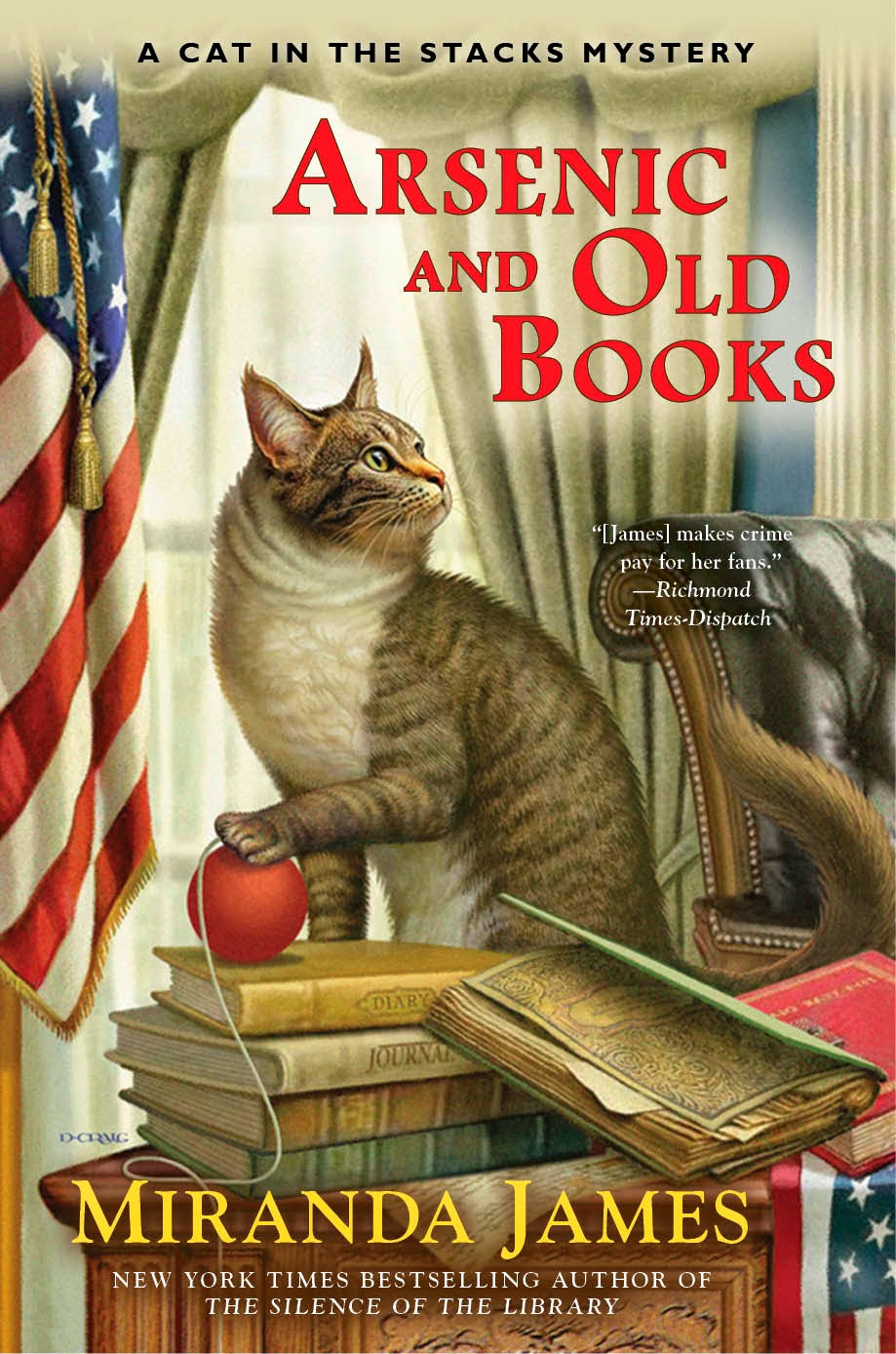 Find out just how crazy politics in Athena can get when Arsenic and Old Books hits the shelves on January 27, 2015. Diesel and Charlie will be making their hardcover debut!