Summer is here! During June and July, we're having a Cozy Days of Summer


Giveaway! There will be a winner every day. You could win a book or some


swag! Leave a comment before midnight to be entered in that day's drawing.


Hurry! Because at midnight, the next drawing starts.

I’m sure I don’t have to introduce myself to anyone.  Everybody in town knows who Arnie Hicks is.  I’m pretty quiet most of the year.  I live in my cabin in the woods down by the river and nobody bothers me till they want the odd job done.  The only time I make a big fuss is in August -- that’s my birthday month. 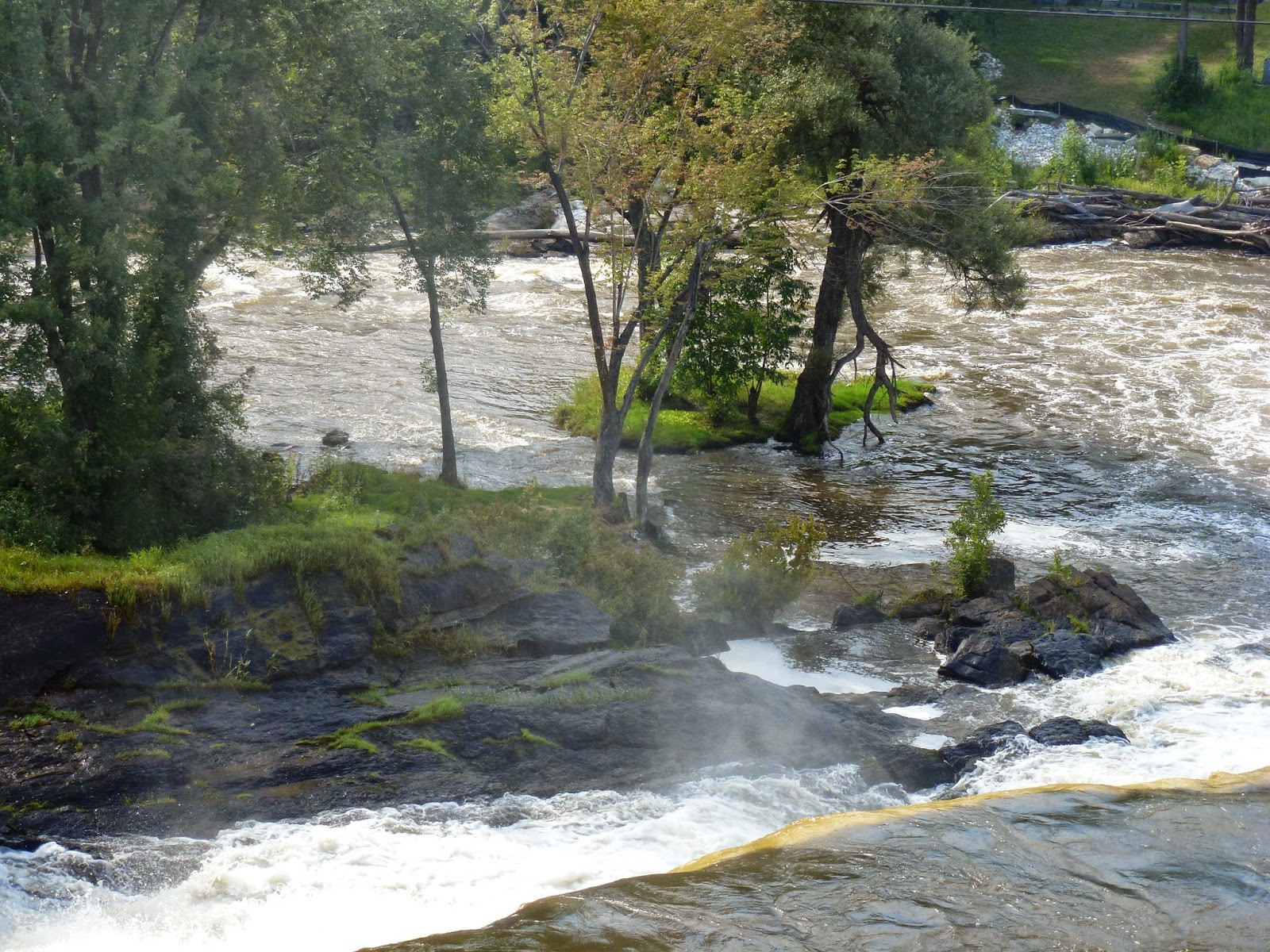 I don’t know why everybody in the village gets up in arms about it.  Or why Nate Edgerton, Snowflake’s Chief of  Police, treats me like I’m public enemy number one.  I’m just a harmless old guy and once a year I like to celebrate . . . well, okay, maybe I do tie one on.  Tell you the truth . .  I don’t always remember my celebrations but I always remember the morning after.  That’s 'cause I usually wake up in a jail cell at the police station.  Nate says he’s doin’ it for my own good.  Hah!  If he’s so concerned about what’s good for me, he’d leave me alone and let me wish myself a happy birthday. 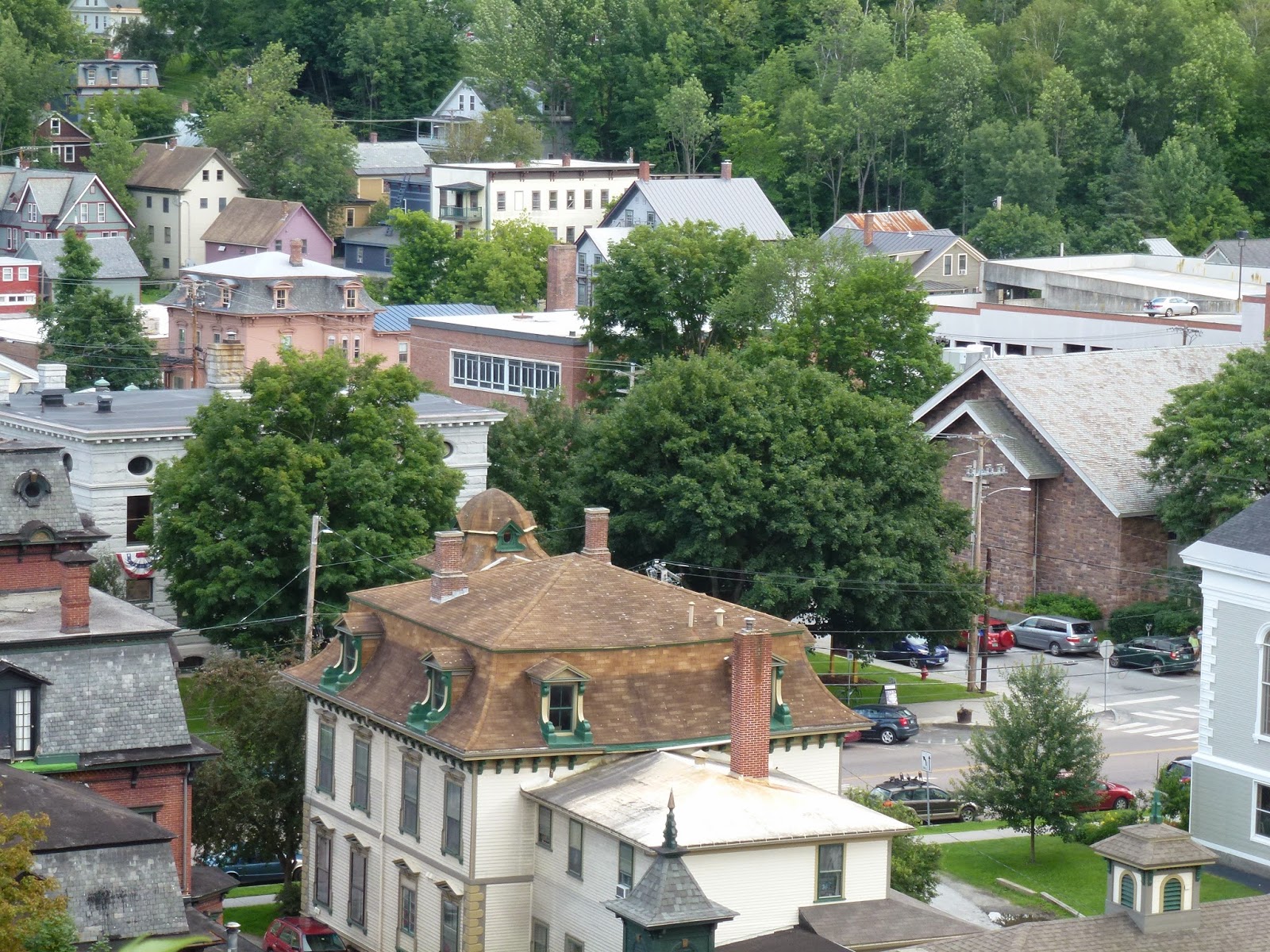 Some years I’ve been able to hide from Nate when he drives through town looking for me.  Sometimes I get caught.  Last year was a great birthday.  It was the big seven-O and Nate didn’t catch me!  I had a great time!  Everybody in town could hear me singin’ Molly Malone all night, but nobody could find me.  Not until the next morning.  It turned out not so funny though.  I woke up in a dirt pile on a construction site on top of a really old skeleton.  As the kids say, it freaked me out for a little bit.  I even promised myself I’d be better behaved the next year. Gotta tell ‘ya though, my new resolution didn’t last. 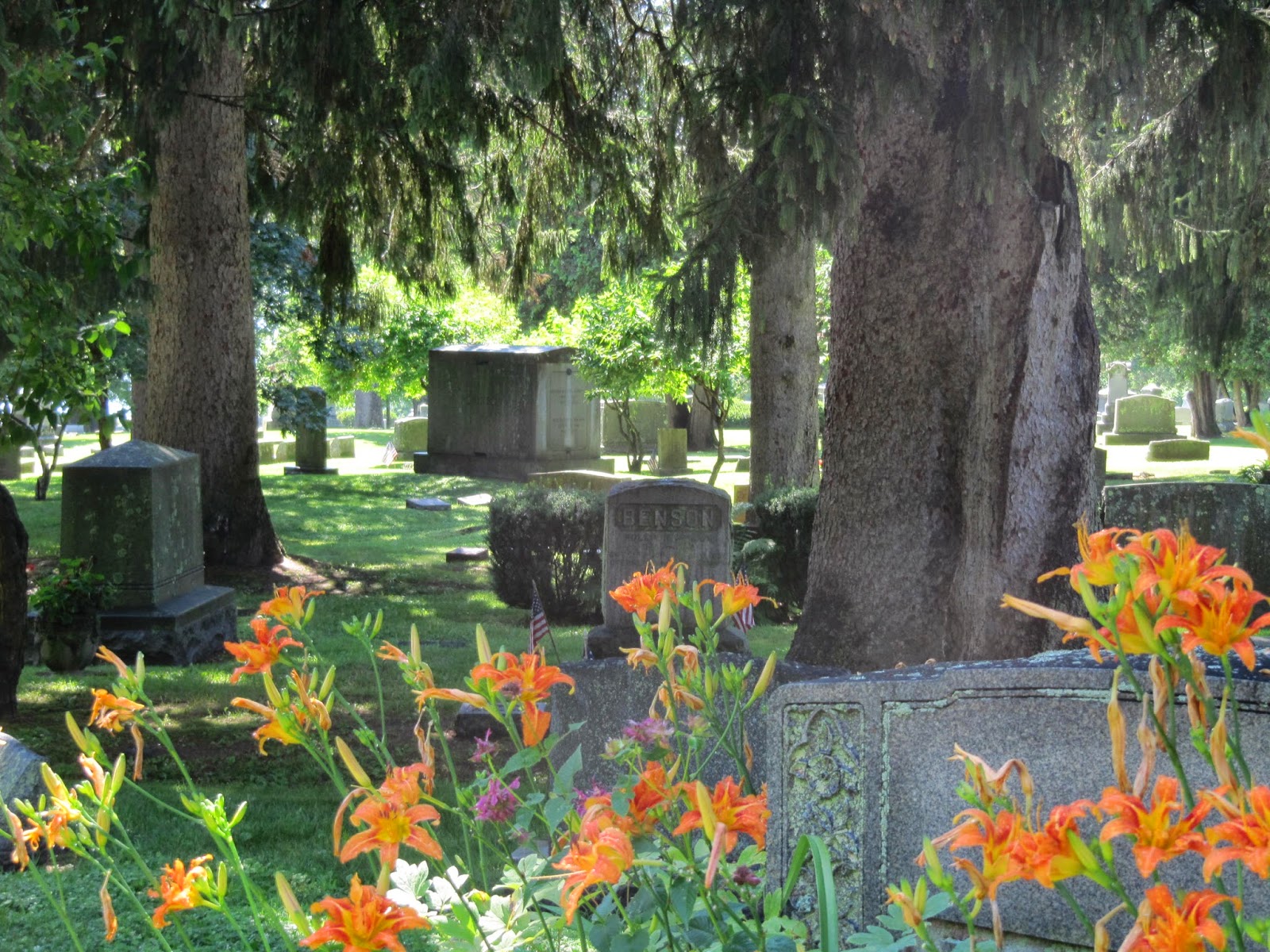 Here it is, August again, and this year I woke up in the cemetery right outside the village.  At least I wasn’t huggin’ a skeleton.  In fact, it was real pretty there, trees and flowers and all.  Nate missed out again.  He didn’t get to throw me in the slammer this year either.  Happy birthday to me!  I’m 71 years young!


You can read all about the part I played in A Broth of Betrayal.  And I’m hoping to be back in future books too!


Don't forget to leave a comment here before midnight to win a signed copy of your choice in the Soup Lovers’ Mystery Series.  Good luck and be sure to include your email address so I can notify you!

Connie Archer is the national bestselling author of the Soup Lovers' Mystery Series from Berkley Prime Crime.  A Spoonful of Murder, A Broth of Betrayal and A Roux of Revenge are set in the imaginary village of Snowflake, Vermont.  The fourth book in the series, Ladle to the Grave, will be released in April 2015. You can visit Connie at her website and blog, Facebook and Twitter @SnowflakeVT 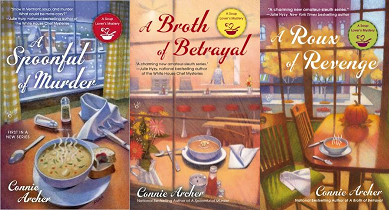 Email ThisBlogThis!Share to TwitterShare to FacebookShare to Pinterest
Labels: A Broth of Betrayal, A Roux of Revenge, A Spoonful of Murder, Penguin cozies, sou recipes, soup lovers' mysteries, Vermont