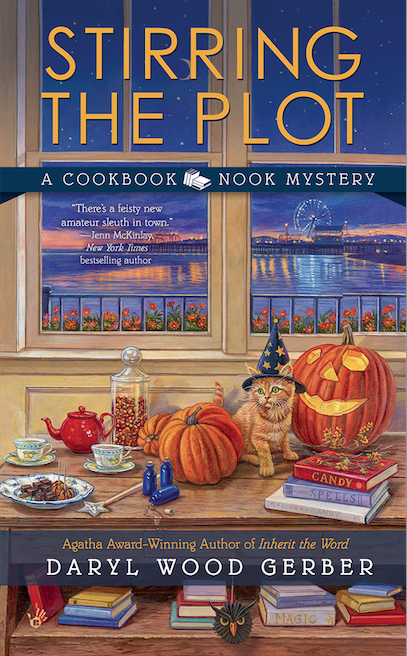 By Tigger, the ginger kitten

From Stirring the Plot, the 3rd in the nationally bestselling Cookbook Nook Mysteries
By Daryl Wood Gerber, aka Avery Aames

People. Cats. Everywhere. In costumes. All of them. I’ve never seen anything like it. Some of them are freaking me out. The ones in the ghoul faces with blood dripping down their face and out holes in their heads? Yowl. It’s so weird looking. Very odd. Why would a human put that stuff on their cats?

Jenna put a witch hat on me. It doesn’t fit perfectly on my head. It sort of tilts, so I have to move my head around to keep it on straight. Jenna is laughing and saying I’m so handsome. I love with she says that.

I like being in the Black Cat parade. No, not all of us are black. It’s just the name of it. This is my first parade ever. I don’t mind that people have come up to us. One said I was pretty cute. Another nuzzled me under the chin. That feels pretty good.

The good thing is I haven’t seen any dogs around. Jenna said the mayor wouldn’t allow it. Dogs are getting their own parade around Christmas, whatever that is.

I hope when the parade is over, we get to go back to The Cookbook Nook. We have all sorts of projects ready for kids in the children’s corner. I like playing with the kids. They drop things on the floor, which is kitty heaven, if you ask me. String, paper, you name it. Just yesterday, kids were making—

Whoa! Jenna, where are we going? Why are you running? A cat is missing? My nose twitched. We were passing the cotton candy vendor. And the pet adoption tent. Lots of cats there!

What could have sent her into such a tizzy?

Jenna screeched to a stop. In seconds she was breathing easier. The cat had been found. I, on the other hand, was worn to a frazzle.

Sheesh, I wish I understood humans better. Do you get your human? Got any tips for me? 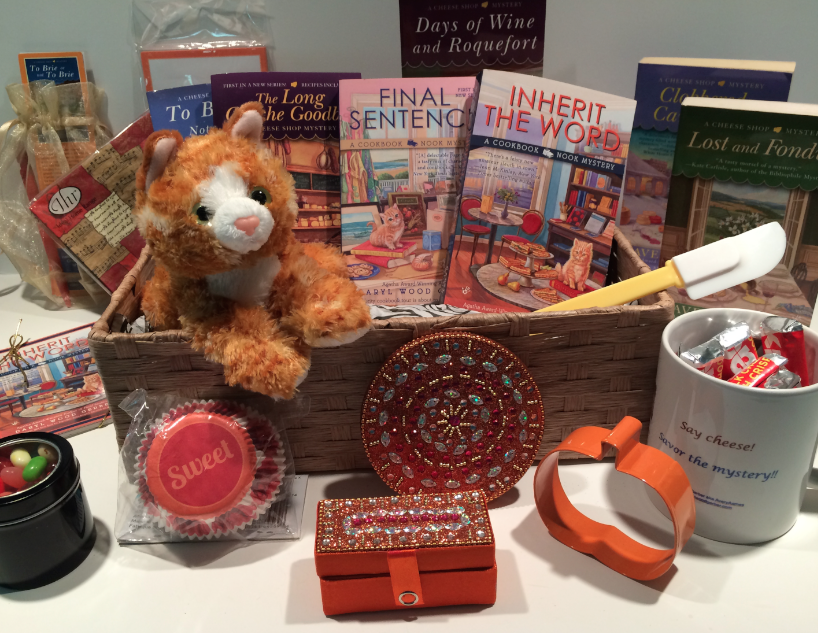 STIRRING THE PLOT is available for preorder: order here. 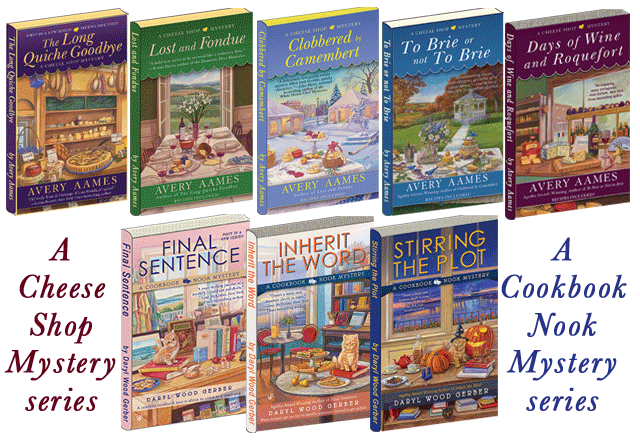