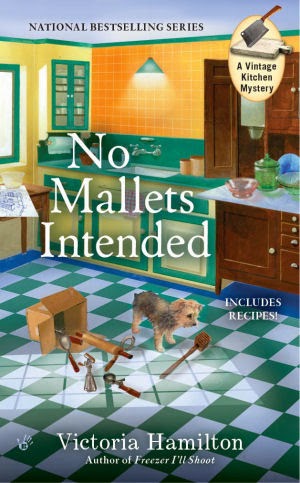 It's almost here, that madness that descends on our town during that month long frenzy between Thanksgiving and Christmas.

To explain... Queensville Michigan was, in my youth, kind of sleepy. I went to college away - in Canada, actually - but came back and found that in the few years I was gone (I came back often, but it's not the same as living here) my town was transforming. It started when a few out-of-towners moved here and started businesses; the Knit Knack Shack and Jewel's Junk, to be precise. Then bed-and-breakfast establishments opened, two in one year. About that time the town's heritage society got going, and they started the May 'Tea with the Queen' event.

Queensville was becoming a tourist town. I've always thought we're in the middle of everything... close to so much, the lakes and beaches, not far from Cedar Point, close to Frankenmuth, and a lot more.

And now, just in the last year the heritage committee has kicked it into high gear, there is another new vintage and antiques shop in town, Cynthia Turbridge's The Cottage Shoppe, and another that may open in the near future even though I am sworn to secrecy by someone I care about a lot! Whew!!

I'm on the heritage committee and I've been given the awesome task of designing the vintage kitchen in what will become the Queensville Historic Manor, to be open in time for the town's latest festival started just a couple of years ago, Dickens Days, which kicks off in December!

So much change... I guess I feel a little jumbled because of everything that has happened in the last few months and even my personal changes. I went from having a steady live-in boyfriend (Joel Anderson, now engaged to someone else!!) to dating a multi-millionaire in just months. And then there are my growing physical feelings for a hunky police detective, even though I just can't see us together. Zack is goodlooking, and nice, but... his mind just seems to be elsewhere.  We're so different and I'm afraid we want different things in life.

And then there are the murders; that sounds so ominous, but we've figured out what happened in each. Anyway, you'll just have to catch up with all the love and murder in the latest recounting of my life, No Mallets Intended!

But... do you ever feel like your life is moving so fast, you can't catch your breath? What do you do to slow it all down? 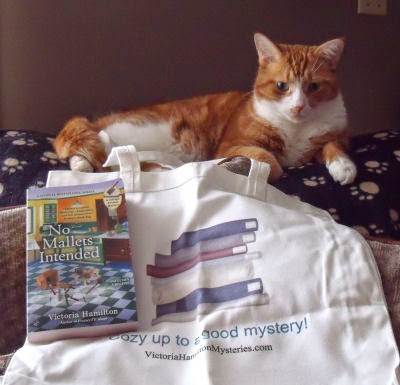 Surprise giveaway today... comment here to enter to win. I'll be giving away a Cozy Up With A Good Mystery tote and a copy of No Mallets Intended!!

About No Mallets Intended 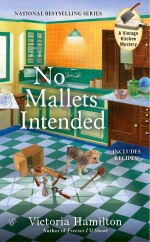 Jaymie Leighton is excited and a little nervous about her current big venture, completely redoing the kitchen at Dumpe House—now the Queensville Historic Manor—in time for the December opening. But the house is mired in controversy, a challenge to the heritage society’s right to own it, and questions about the author hired to write a pamphlet detailing the Dumpe family history and that of the house.

None of Jaymie’s business, so she keeps her head down and her focus on the exact color right for the kitchen, and assembling all the accouterments, including a Hoosier cabinet! She’s also got lots to think about in her personal life with Daniel acting a little odd, and her friend Heidi dragging her in to the trouble between her and her fiancé, Jaymie’s former boyfriend Joel.

But a late night whack on the head with one of the antique mallets Jaymie has been cataloging for the society and a dreadful murder right on the house’s doorstep draws her once again into murder and mayhem. Jaymie faces her most cunning and dangerous opponent yet, but with Valetta by her side and the police chief’s approval, she must figure out whodunit before they do it again!