By Leslie Walker, from the Relatively Dead Series by Sheila Connolly 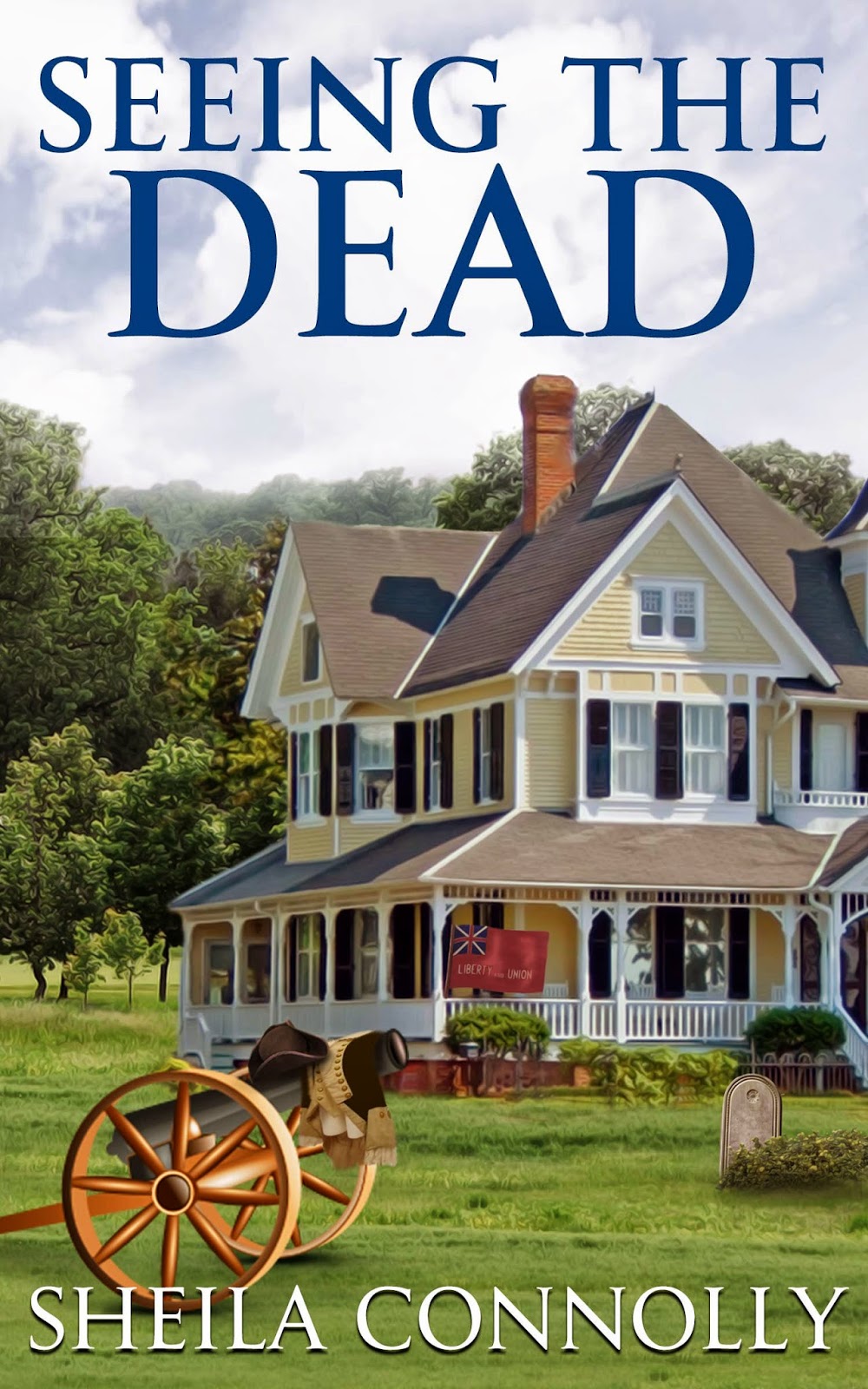 I think I made a mistake.

I run an historical museum in Concord, Massachusetts—where, as you can guess, there’s a lot of history. Less than I year ago I hired Abby Kimball to run our school education program. It was kind of spur-of-the-moment—the former education director left suddenly, and Abby came with a strong recommendation from a guy I used to date, Ned Newhall. Well, all right, who I almost married. We parted ways amicably, and I do trust his judgment.

I even found Abby a place to stay temporarily, house-sitting for some friends of mine, while she got sorted out after breaking up with her ex, the one who dragged her to Massachusetts in the first place.

I was even okay with it when she started seeing Ned, practically gave her my blessing. He’s a great guy and I want him to be happy.

And then things got weird. During one of those school breaks that drive working parents crazy, I had to ask Abby to keep an eye on my daughter Ellie, who’s seven. I know—not appropriate in the workplace, but I was desperate. Abby didn’t mind—she likes working with kids, since she ran the children’s programs for the museum. At lunchtime they took a walk in Concord and ended up in a nearby cemetery (there are times when I don’t quite get Ellie’s idea of fun—the cemetery was her pick, not Abby’s).

And that’s where things fell apart. Ellie comes back and tells me that she sees ghosts, and she’s been seeing them for a while but was kind of afraid to say anything to me. Abby encouraged her to talk to me, which was the right thing to do, even if I didn’t want to hear what Ellie had to say. But I got scared—and mad. And I fired Abby.

Okay, that wasn’t fair. It’s been a couple of months now, and the more I talk to Ellie, and watch her, and listen to her, I realize that maybe there’s something going on with her that I don’t understand—but Abby does, because she sees the same people (or former people or non-people, or whatever they are). Now Ellie is insisting that she wants to see Abby again, and while I may not like it, I do understand why. That means I’m going to have to eat crow and let Abby back into our lives, much as I hate to do it, while we figure things out. For Ellie’s sake.

If you want to know what happens next, there will be another book in the Relatively Dead series shortly (but it doesn't have a name yet!). Abby and Ellie are going to explore what really happened at Salem in 1692.
Submitted by Sheila Connolly