Teapot of the August Moon 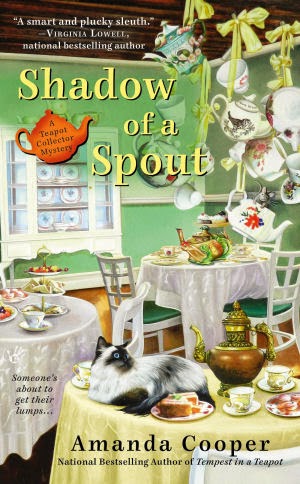 I have an uneasy relationship with my mother. Mom was raised by her mother, my Nana, in Gracious Grove, New York. But the moment she could, she got out, going to college - oddly enough - on a scholarship provided by a women's rights group, a part of the women's liberation movement of the 1970s. I say oddly enough because my mother's sole purpose in going to college was to find a husband.

Though she didn't. At least, not at college. But she got a business degree and found a job in New York City, impressing her older boss so much (did I mention that she was and is startlingly beautiful?) that he ended up marrying her. That's my dad, Andrew Samuel Taylor, a disciple of Georges Doriot, the so-called 'father of venture capitalism'. He's a financial entrepreneur, and had made a fortune before my mother met him.

She once told me that the day after she married my dad she tossed out her business suits, determined never to work another day in her life. She's a success story in her own way, just like my father is. 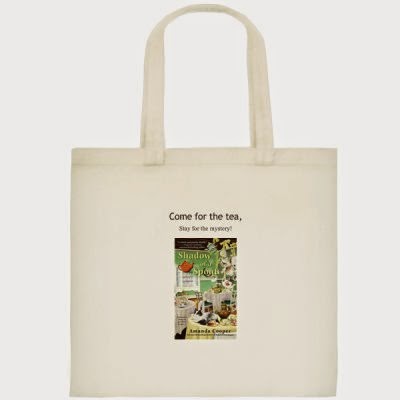 But... so am I, I guess. From the time I was a toddler, just big enough to stand on a stool in Nana's kitchen and watch her cut scones into wedges, I only ever wanted to be a cook. Against my parents' advice and with little help from them (since they disapproved of the direction my life was taking) I enrolled in a culinary institute, worked my tail off, and by my mid twenties I was planning my own restaurant, which failed just three years after it opened. But that failure led me back here to Gracious Grove, meeting up with old friends and my first boyfriend, Jason Murphy, and working at Nana's business, Auntie Rose's Victorian Tea House.

So... what does all of this have with the title of this blog, Teapot of the August Moon? It's August, and my grandmother and godmother (Laverne Hodge) are heading to a teapot collectors convention in Butterhill, New York; they can only do that together because I came back to Gracious Grove and can run the tearoom without them for the weekend. So I guess part of why I feel like I am finally a success is because now I can help my grandmother, my role model in life, take it just a little easier in her eighties. I'm cooking and I'm happy; that's success, right?

So how about you? What makes YOU feel successful in life? 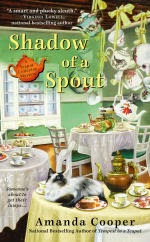 Leaving her home in Gracious Grove behind her, Rose is off to the annual convention of the International Teapot Collector’s Society. Her granddaughter Sophie is minding the tea house while she’s away. Rose is eager for tough cookie Zunia Pettigrew to appraise a prized antique teapot she believes may be a holy water vessel from China.

But when Zunia declares the pot a fake, Rose is really steamed. After Zunia’s found dead beside Rose’s dinged-in teapot, Sophie must rush to her grandmother’s aid and find the real killer—before Rose is steeped in any more trouble…

To learn more about Amanda Cooper and the Teapot Collector Mysteries see these pages: 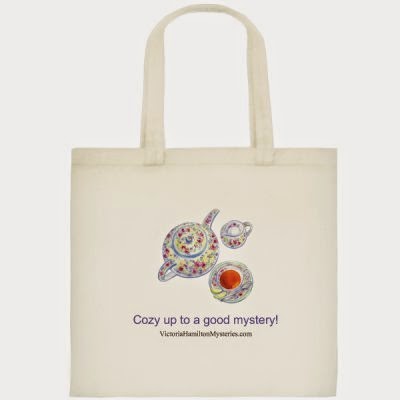