by Roy Renard  from The Final Reveille
My daughter, Kelsey Cambridge, has been the director of Barton Farm, a living history museum in northeast Ohio, for three years. She loves her job. In fact, she loves it as much as I love my own. I'm a college drama professor. I also happen to perform in local community theater. You can find me this summer starring as Hamlet's father's ghost on the New Hartford Community Theater stage. I give a passionate performance that will send chills down your spine.

Because of my occupation , I live in a small house near my college's campus most of the year, but during the summer, I live with Kelsey and my five-year-old grandson Hayden in the little cottage on Barton Farm. Summer is my quietest time and Kelsey's busiest time, so it works well. I can watch Hayden while she handles emergencies big and small all over the Farm. This year, there are more problems than ever because Kelsey has a four day Civil War Reeactment and Ball planned. There are over one hundred reenactors camped out on the grounds, and they are here day and night. Battles rage on the cow pasture, and Abraham Lincoln and Walt Whitman are prancing about. Truth be told, the reenactment is not the biggest problem Kelsey faces. The dead body in the brick pit is. It's quite unfortunate that Maxwell Cherry--as despicable as he was--had to meet his maker on such an important weekend for the Farm. Part of me wonders if he planned it that way, but that's not possible because the police tell us he was murdered!

To quote Hamlet's father's ghost, who I bring alive on the stage,
“Murther most foul, as in the best it is; But this most foul, strange, and unnatural.”

Kelsey will set it all to rights. I have faith in her. I just hope she doesn't get arrested in the process...
****** 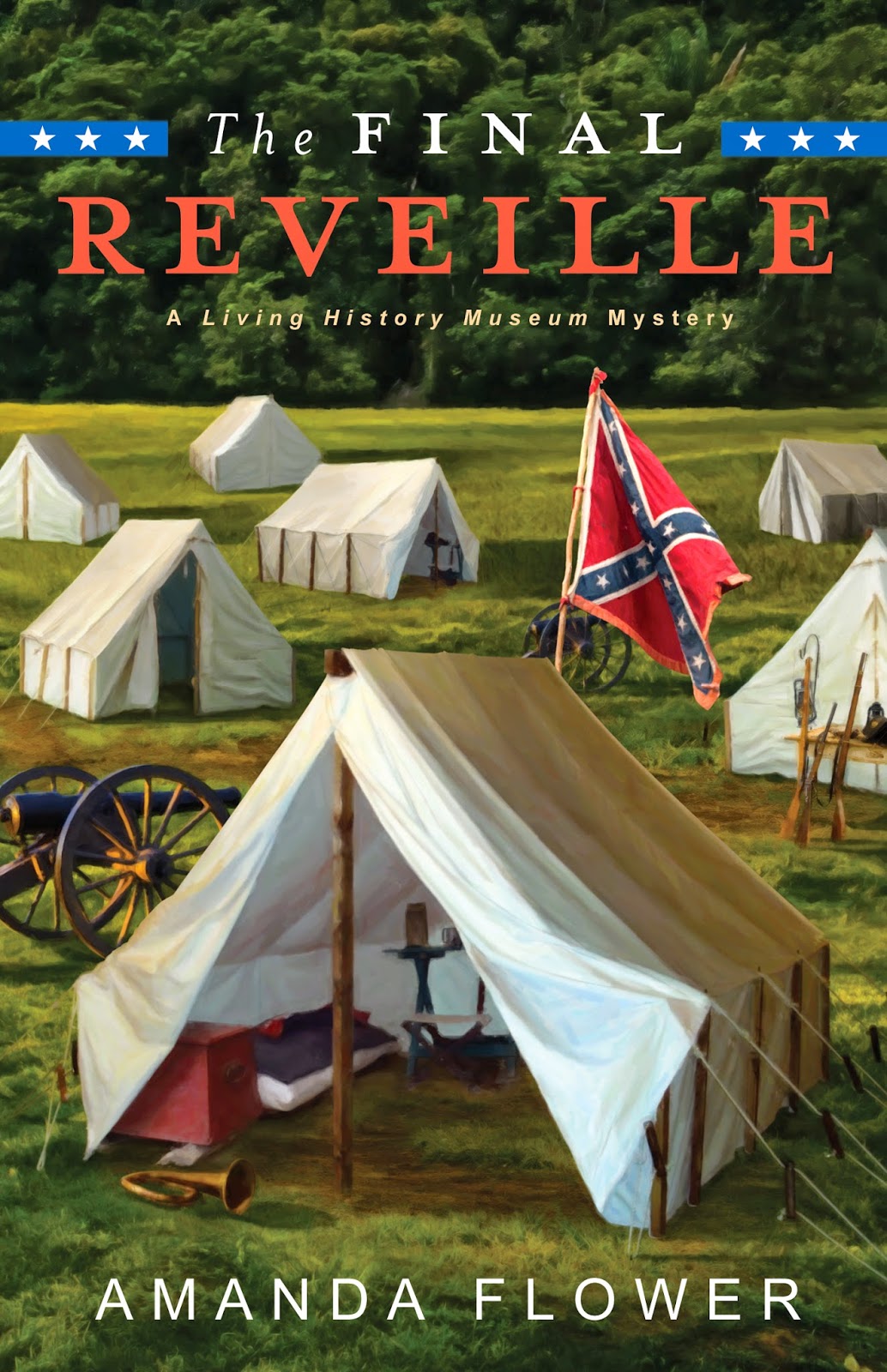 GOODREADS GIVEAWAY!
Currently, Midnight Ink is running a Goodreads giveaway of The Final Reveille. There will be five winners. Click here for the Giveaway!