by Zeke Drummond, from the Portrait of Crime Mysteries by Sharon Pape 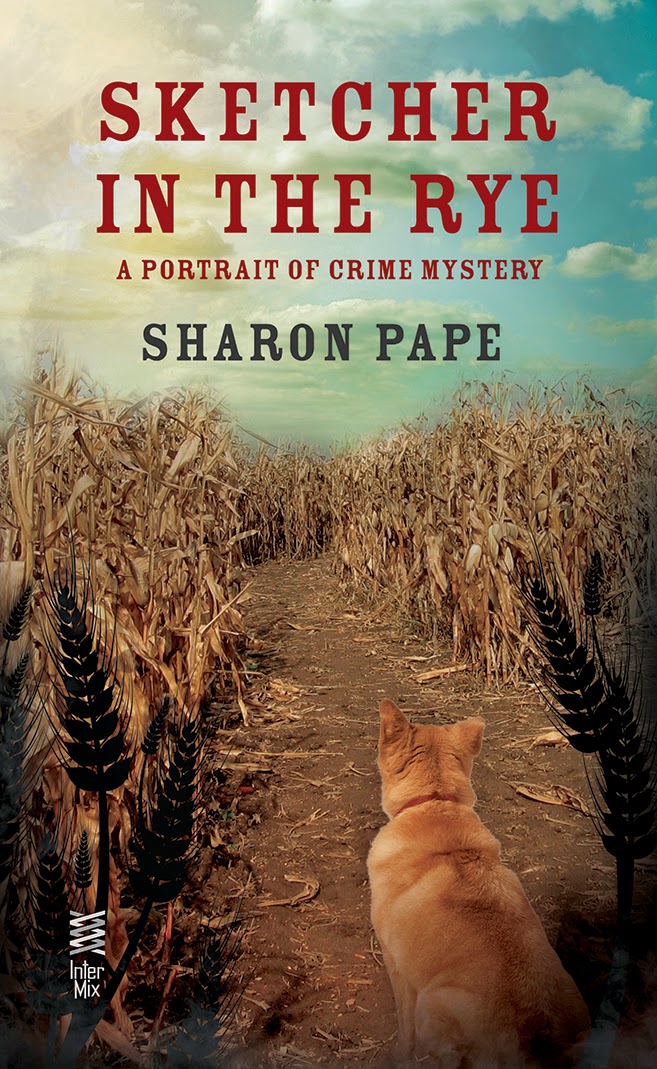 Howdy! It’s time for some more of our adventure with Purrsey, the

ghost cat. Last time I told you about how Rory McCain and I

tracked down Purrsey’s elderly owner, Frances, and learned that the

husband passed on. We were about to take our leave of them when

Now way back when I worked as a federal marshal for the Arizona Territory, gunshots were common place. Folks shot off their guns if they were drunk or celebratin’ or tryin’ to break up an argument that had gotten out of hand. But these days gunshots generally mean somethin’ bad is goin’ down. Rory told Frances to lock her doors and stay inside until she was given an “all-clear.” Purrsey decided to check out the  problem with us, which was fine with Frances, since he was already as dead as he would ever be.

Another couple of shots helped us zero in on the location of the disturbance. Purrsey took off  in that direction with the ease of the discarnate, those of us who don’t have to deal with annoyances like gravity and friction. Bein’ as how Rory was still among the earthbound, she was at a distinct disadvantage. As I had done earlier when we were pursuing Purrsey, I remained between him and Rory, circling back to make sure she was headed the right way. By the time she and I arrived at the house in question, three police cars were there, parked every which way and Purrsey was nowhere to be seen. Since he wasn’t one to stand on ceremony, we assumed he was already inside the house. There was one cop on the front lawn doin’ his best to keep the looky loos at a safe distance. Rory went up to him, identified herself as a private investigator and former police sketch artist and asked what was happenin’. The cop shooed her away too.  I could tell she was frustrated.
“I’ll go inside and check things out,” I told her. She gave me a “go-ahead nod,” which I wasn’t waitin’ on in any case. When I zipped into the house, I found myself in the middle of a standoff.

Well it’s once again time for me to be goin’. Hope to see you next month for the conclusion of our adventure with Purrsey.