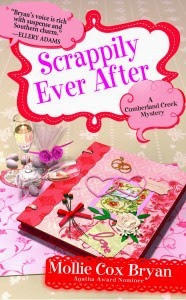 So, my mother has gone off to Paris, leaving me alone in the house with Junie Bee, our new cat.  (My daughter Elizabeth named her after her favorite book character.) Junie Bee is just the sweetest thing, but she drives me a bit crazy sometimes. She’s attracted to shiny objects and I have to be so careful with my jewelry—she will squirrel away with it. And she loves to get up on the kitchen sink—a very bad habit, maybe left over from a previous home. You see, we fund her at the animal shelter—best place for pets, I always say. But Junie Bee has been a pip.
But she is great company for me. Elizabeth is with her father Bill, and I have some time on my hands. This is good because I have some thinking to do about deep things. You see, my boyfriend has asked me to marry him. Of course, I love him. I do. But marriage? I just don’t know. I married Bill and look how that turned out. (Hint: Not good.) I thought I knew him. But it turned out that I really didn’t and spent a lot of years living a lie. I just don’t want that to happened again.
So I have a lot to think about, sitting here in my mother’s big empty house alone. That’s right, alone. She and Jon have gone off to Paris to visit his family and take care of some business with his passport or something. Some official thing. Elizaeth is with her Dad and Mom and Jon are in Paris and right now, I’m sitting in my favorite window seat with Junie Bee purring on my lap. This part of having a cat I quite like.

Note from Mollie: Today is the release day for SCRAPPILY EVERY AFTER and I’m having a party. There will be several authors joining me—plus prizes and giveaways. Join me on Facebook:
https://www.facebook.com/events/386722998178269/